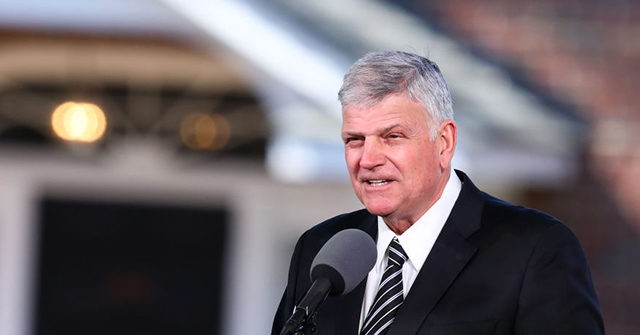 Graham reflected on the High Court’s ruling Wednesday night “in favor of churches and against government overreach in the state of New York.”

In a 5-4 decision, the Supreme Court granted an injunction against New York Democrat Gov. Andrew Cuomo’s restrictions on worship services. The Roman Catholic Diocese of Brooklyn and Agudath Israel of America, an Orthodox Jewish group, had filed a request for an emergency injunction against the governor’s pandemic directives that restricted worship services to ten people in some areas and 25 people in others.

It is time—past time—to make plain that, while the pandemic poses many grave challenges, there is no world in which the Constitution tolerates color-coded executive edicts that reopen liquor stores and bike shops but shutter churches, synagogues, and mosques.

Senior editor at the Federalist Mollie Hemingway tweeted a “deleted and bigoted” tweet about the decision from the New York Times‘ Elizabeth Williamson:

“May God protect our nation from the storms that are on the horizon,” Graham concluded.