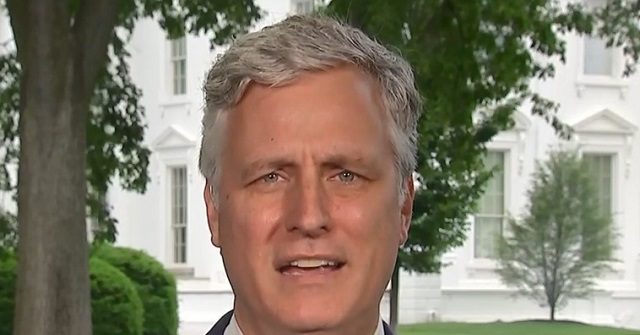 O’Brien said that one reason for the interest in Arab-Israeli peace is mutual distrust of Iran, “And so, you know, it would be a shame to see this budding peace that we’ve wanted for 70 years, since 1948 when Israel was partitioned — or Palestine was partitioned and Israel became a state, it would be a shame to see that peace process stunted because America made a misguided attempt to appease the Iranians. Look, we appeased them once and it didn’t work. After the first JCPOA was signed, Iran engaged in terrorism and proxy wars throughout the region, and they did it with the funds that were made available to them through the JCPOA.”