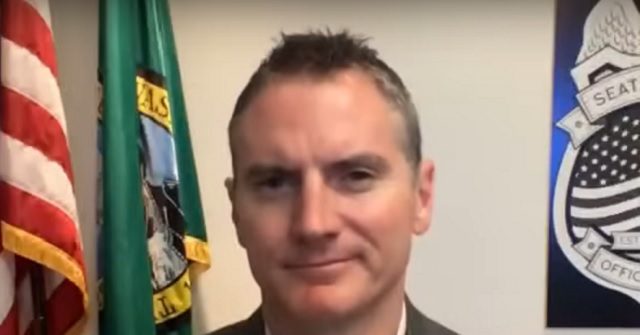 On Wednesday’s broadcast of the Fox News Channel’s “Outnumbered Overtime,” Seattle Police Officers Guild President Mike Solan reacted to the Seattle City Council’s cut of the police budget by stating that such moves are “going to spread across the nation,” and “this is everybody’s public safety on the line as far as being negative.”

Solan said, “Well, clearly this is the result of the city council conducting activism via their governance, listening to the loud, socialist mob that is calling for more reform by taking away budgeted money for public safety, which, to me, is unfortunate. Because regardless of your politics…this is everybody’s public safety on the line as far as being negative.”

He added, “It’s not just going to impact Seattle, as we are the experiment towards socialism, in terms of removing funds for law enforcement purposes and public safety, but this is going to spread across the nation, as we’ve already seen it happen.”