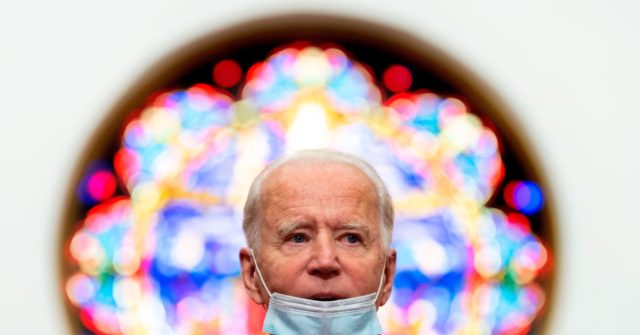 Biden concluded his speech by attempting to quote the Bible:

“Devout Catholic” Joe Biden doesn’t know the “P” in “Psalmist” is silent, not the “s”. pic.twitter.com/kp9MZi3NvQ

Biden called on Americans to “dream again” this Thanksgiving.

“If we care for one another, if we open our arms rather than brandishing our fist, we can with the help of God heal,” he said.

“And if we do, and I’m sure we can, we can pres— claim the Palmist— what the Palmist who wrote these following words,” he said, uttering the “P” instead of the “S,” “The Lord is my strength and my shield and with my song I give thanks to Him,” the self-described “devout Catholic” said while attempting to quote Psalm 28.

“I give thanks now for you,” Biden added, “for the trust you’ve placed in me.”