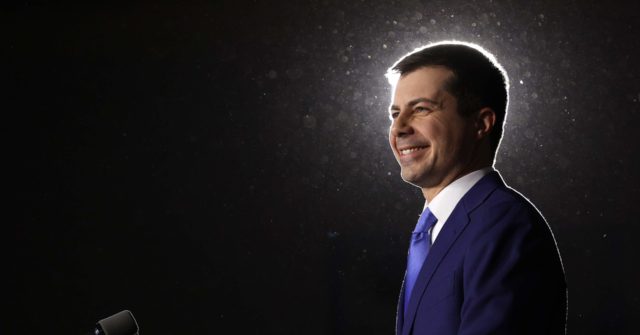 The 2020 election began with allegations of fraud — by Democrats.

On Monday, February 3, the Iowa caucuses were held — the formal beginning of the presidential primary. The state had decided to use a new system of voting, loosely based on a ranked-choice model.

The voters in each community would meet and deliberate, then gather in different parts of the room, raising their hands to indicate their choices. That much remained the same as in previous years.

But in 2020, there was a new twist: candidates who received less than a 15% threshold of votes would be eliminated in the first round of voting.

Then, in a second round, those voters were freed to vote for other candidates; to pool their votes to reach 15% for a candidate who had failed to clear the threshold in the first round; or not to vote at all.

As if that were not confusing enough, the state’s Democratic Party had adopted a new smartphone application for the reporting of results.

On the crucial night, with the nation watching, the app failed. News anchors muttered in frustration in front of their multimedia screens as the vote count stood stubbornly at zero.

“Iowa, you have shocked the nation,” he said. “With hope in our hearts and fire in our bellies, we’re going on to New Hampshire … to chart a new course for our country.”

It soon emerged that Buttigieg’s campaign had paid tens of thousands of dollars to the company that had developed the app, whose unfortunate name was “Shadow.” There were other links to Buttigieg, too, through investors in Shadow.

Supporters of Sen. Bernie Sanders (I-VT) cried foul. They claimed Buttigieg had stolen the election from the Vermont socialist, who would later be confirmed as having won the popular vote in Iowa. (A statewide recount would confirm that Buttigieg narrowly won the race for delegates.)

These same bizarre conditions would be repeated on a national scale in November.

The same factors that led to confusion and suspicion in Iowa virtually guaranteed that there would be perceptions of fraud in the November election. And the vulnerabilities of a mass vote-by-mail system, regarded as the least secure method of voting, also ensured that there would be irregularities.

Both sides anticipated a contested result.

In June, the Biden campaign announced that it had built a team of 600 lawyers “who are going into every single state to try to figure out whether chicanery is likely to take place,” the candidate told donors. He told The Daily Show: “This president is going to try to steal this election.”

The Trump campaign responded by accusing Democrats of “inserting chaos and confusion into our voting process because it is the only way they can win.” The president also predicted that the widespread adoption of vote by mail would lead to “the greatest Rigged Election in history.”

Though Democrats, and their allies in the media and Big Tech, would later try to discredit claims of voter fraud, the fact is that both sides had predicted it before the election, and Democrats had wrestled with allegations of fraud from the beginning of their primary.

There were certainly powerful incentives for fraud, and both sides were motivated to do whatever it took to win what all agreed was one of the most important elections in the history of the United States.

And the way the votes were counted, thanks to the vote-by-mail system, made it almost certain that there would be a perception of fraud.

Even today, Democrats — and journalists — are encouraging liberals to move to Georgia to vote in the Senate runoffs, though moving there merely to voters against the law.

The following facts about the 2020 vote are known:

Whether fraud actually took place in the November 2020 election, and whether it was great enough to affect the outcome, will likely be debated for many years, regardless of which candidate takes the oath of office January.

What is clear is that both parties have raised the issue, and that our voting system is overdue for reform.