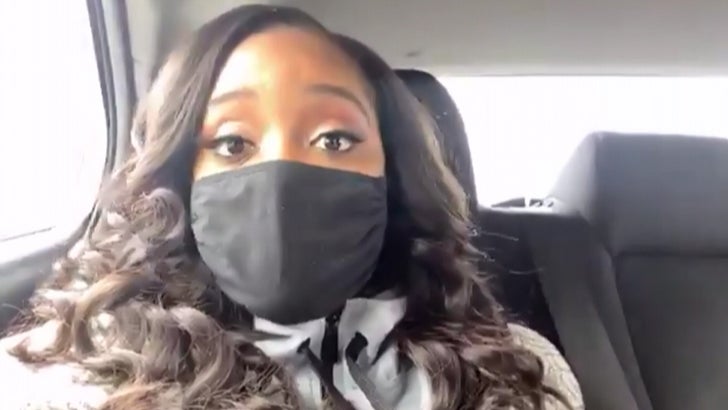 You’d think Kamala Harris would have widespread support among African-Americans if she runs for President in 2024 — but that’s no guarantee … so says Tamika Mallory.

We spoke to the world-famous activist — whose speech about George Floyd stirred the nation just a few months back — and she was clear … Vice President-elect Harris doesn’t get the Black vote just because of the color of her skin.

Tamika says Kamala will have to earn the Black vote by living up to the promises she and Joe Biden have been making to African-Americans ahead of this year’s election —  an election she says was do or die to get Trump out of The White House.

Bottom line for TM … 2024 will be a normal primary cycle, and she says Black America will have a better chance to vet a candidate that best serves its interests … regardless of identity politics. If that’s Kamala, great — but don’t bank on it.

We’ve heard this logic before — Ice Cube was saying something similar not too long ago regarding his “Contract with Black America.” Sounds like Tamika has a hard-line she won’t cross when it comes to DT, but the sentiment is similar.

We should also note — Tamika is wishing Biden and Harris all the success in the world, and seems to genuinely hope they can follow through. Fingers crossed …