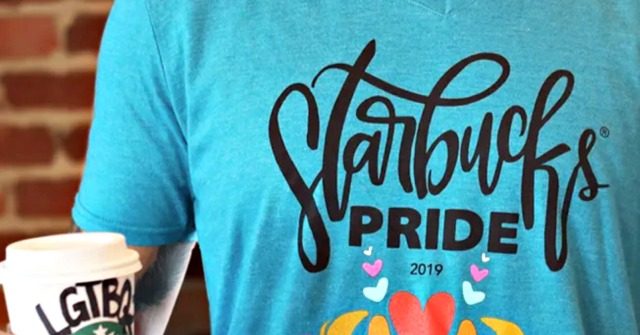 A former Starbucks barista claims she was fired from her job after she refused to wear an LGBTQ Pride t-shirt because of her Christian faith.

According to a report at NBC News, Betsy Fresse of Newark, New Jersey, a former employee of the Glen Ridge Starbucks store, claims she was fired in 2019 for refusing to wear an official Starbucks Pride t-shirt.

In a federal lawsuit filed last week in U.S. District Court for the District of New Jersey, Fresse alleged that, last year, she saw a box of Pride t-shirts during a staff meeting with the store’s manager.

According to the NBC News report, Fresse said she asked her manager if she would be required to wear a Pride t-shirt, and was told she would not.

She claimed, nevertheless, that, weeks later, an individual from the Starbucks ethics and compliance helpline contacted her about her request not to wear the t-shirt. She said she told that individual she did not wish to wear it because it violated her religious beliefs regarding marriage.

In August 2019, Fresse said she received a notice that she had been terminated from Starbucks because “her comportment was not in compliance with Starbucks’ core values.”

The news report states the termination notice claimed Fresse told her fellow Starbucks employees they “need Jesus” when they handed her a Pride t-shirt.

In the lawsuit, Fresse reportedly argues she believes “God created man and woman, that marriage is defined in the Bible as between one man and one woman only, and that any sexual activity which takes place outside of this context is contrary to her understanding of Biblical teaching.”

The report also states Fresse claims in the lawsuit “all people need Jesus” and that she holds “no enmity” to members of the LGBTQ community.

Fresse filed a complaint with the Equal Employment Opportunity Commission in February, and then went ahead with her federal lawsuit. She is seeking back pay, with interest, and compensation for emotional pain and suffering, as well as punitive damages.

“Starbucks does not discriminate on the basis of gender, race, religion or sexual orientation,” a company spokesperson told NBC News, adding that, except for the green apron all Starbucks employees wear, “no part of our dress code requires partners to wear any approved items that they have not personally selected.”

“We’re committed to upholding a culture where inclusion, diversity, equity and accessibility are valued and respected,” Starbucks states on its website regarding its “core values.”