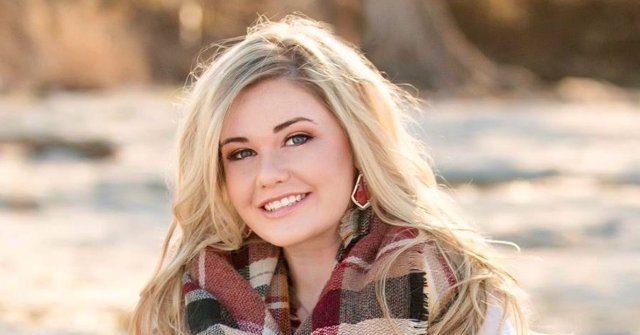 A University of Texas-San Antonio (UTSA) student was kicked out of her sorority over a pro-Trump TikTok post featuring a sign reading “All Lives Matter.” Sorority leadership at the school told the student that language suggesting “all lives matter” is “extremely hurtful” and “unsisterly.”

The video, an eight-second clip featuring demonstrators holding an American flag and signs reading “Trump 2020,” “All Lives Matter,” and “Back the Blue,” subsequently got the student kicked out of her sorority.

On September 19, Barton received an email from UTSA ZTA’s judicial chairman, informing her that she had been charged with failing to “cooperate in the best interest of the Fraternity,” and for conducting herself “in a manner detrimental to her chapter and/or members of the Fraternity,” among other things.

“We have what’s called judicial board, where you get called up when you’ve done something wrong in the sorority,” explained Barton to Breitbart News, adding that a disciplinary hearing regarding her TikTok post was later held via Zoom.

During the sorority’s disciplinary hearing on September 21, one member argued that “Zeta is trying to be more inclusive, and saying ‘all lives matter’ is not being very inclusive.”

“It’s very unsisterly and very hurtful to a lot of people,” the member added.

Barton, however, told Breitbart News that she does support black lives.

“It’s pretty clear that I do support black lives,” said Barton. “And I don’t understand how the sorority cannot see that the word ‘all’ includes everyone.”

The student added that when she initially joined the sorority, no one had made her aware that she would have to support the Marxist political organization Black Lives Matter in order to retain her membership.

“I wasn’t joining the sorority to be a supporter of BLM,” said Barton. “I joined for philanthropy, which was breast cancer education and awareness, and to work alongside our sisters that would be open to all members, regardless of their political opinions and beliefs.”

Following the sorority’s disciplinary hearing, ZTA informed Barton that she had been removed from her leadership position as Risk Reduction and Education chair and that she was required “to complete a sensitivity training that involves inclusion and diversity.”

Barton said that she was later removed from the sorority completely, following another hearing regarding her TikTok post. The student added that she had requested to contact someone from the sorority’s national office regarding the matter, but that ZTA members would not allow it.

Barton told Breitbart News that as a result, she was bullied and smeared by sorority members, which she said runs counterintuitive to what ZTA claims to stand for.

“The sorority advocates for mental health, yet they allowed all these girls in the sorority to call me racist, flat out bullying me,” she said.