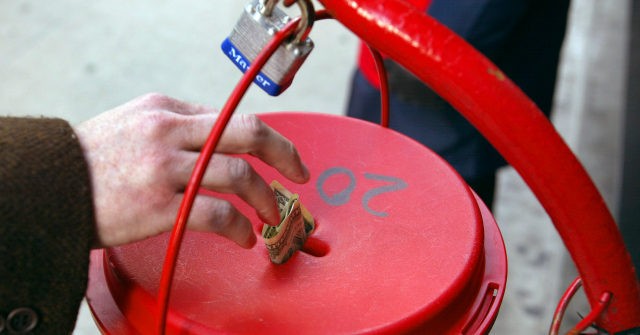 An anonymous donor is matching Salvation Army donations in Alabama through the organization’s Red Kettle Campaign.

The donor had agreed to match all red kettle donations made in the Shoals section of Alabama, including Franklin, Lauderdale, and Colbert Counties, WAFF reported.

The Red Kettle Campaign is one of the Salvation Army’s biggest fundraisers of the year. However, potential donors will not see as many red kettles as usual as the campaign has gone virtual due to the pandemic, according to the Salvation Army website.

Money that is raised through the Red Kettle Campaign goes toward many of the Salvation Army’s programs, such as feeding the homeless, providing financial assistance, and helping with the upkeep of the Center of Hope Shelter.

“I know there are a lot of people out shopping today, but make a special trip tomorrow. If you have been waiting to give, come out tomorrow and give, because tomorrow your dollars are going to double. Whatever you give is going to be matched, so help us rescue Christmas,” said Salvation Army worker Benjamin Deuel.

Those in the Shoals area can find Salvation Army Red Kettle bell ringers at 26 locations.

Potential donors can also donate all season by visiting the Salvation Army website.