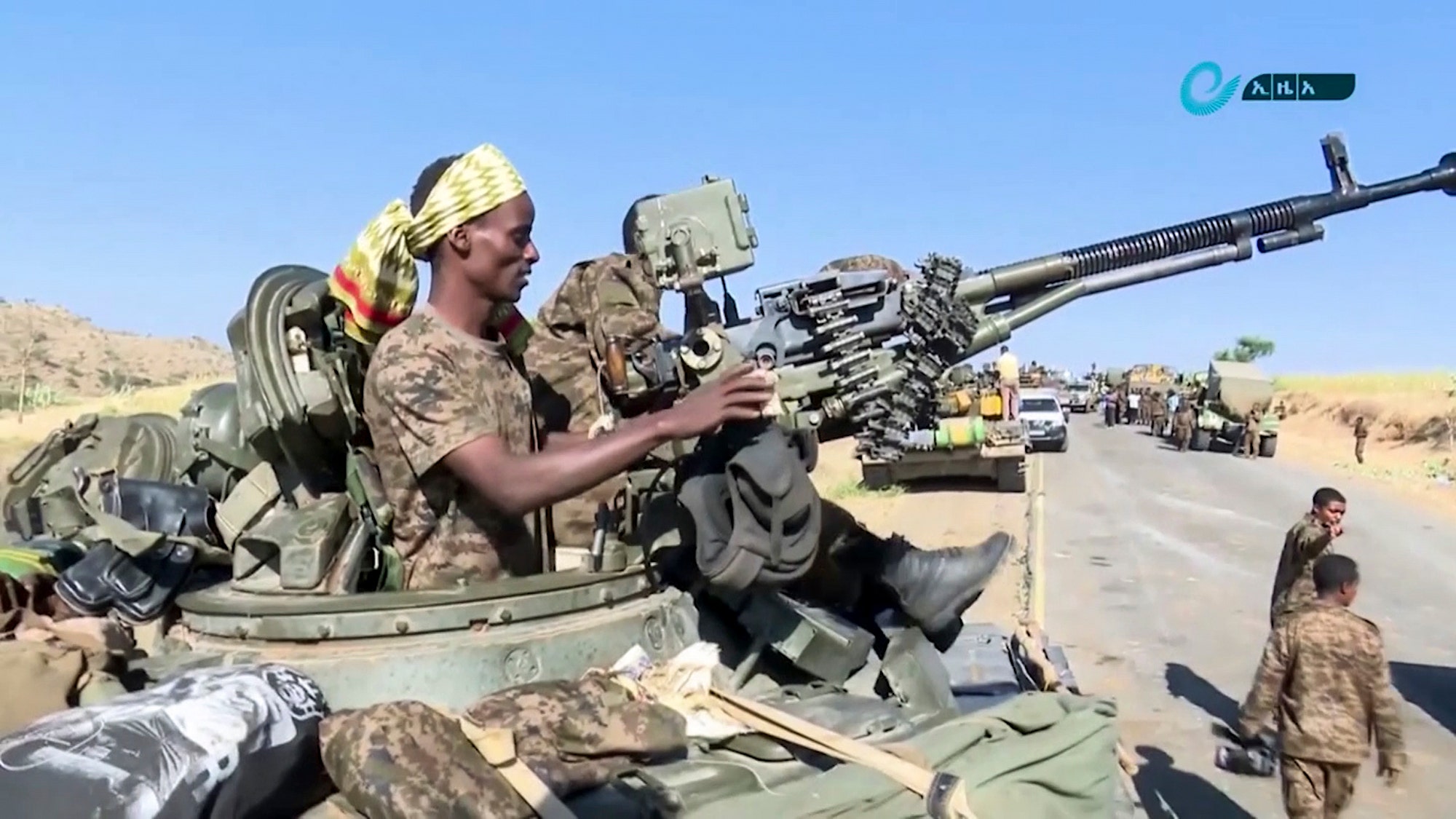 NAIROBI, Kenya – Ethiopia’s military has gained “full control” of the capital of the defiant Tigray region, the army announced Saturday, and the prime minister said the taking of Mekele marked the “completion” of an offensive that started nearly four weeks ago. The regional government said the city of a half-million people was “heavily bombarded” in the final push to arrest its leaders.

“God bless Ethiopia and its people!” Prime Minister Abiy Ahmed said in a statement. “We have entered Mekele without innocent civilians being targets.”

Now, he said, police will pursue the leaders of the Tigray People’s Liberation Front, who run the region and dominated Ethiopia’s ruling coalition before Abiy came to power in 2018 and sidelined them among the sweeping reforms that won him the Nobel Peace Prize.

Abiy’s government has accused the TPLF of inciting unrest and seeking to reclaim power, and each government now regards the other as illegal. The prime minister has rejected dialogue with TPLF leaders, including during a Friday meeting with three African Union special envoys.

As Abiy spoke of “returning normalcy” to the Tigray region, one of his ministers told The Associated Press in a phone interview “there is no way” the search for the TPLF leaders will take weeks.

The minister in charge of democratization, Zadig Abraha, also said the Ethiopian government doesn’t yet know the number of people killed in the conflict.

“We have kept the civilian casualty very low,” he asserted. Humanitarians and human rights groups have reported several hundred dead, including combatants.

Some Ethiopians at home and in the diaspora rejoiced at the news that Mekele was under the military’s control. “Thanks to the Almighty God our creator. Amen. Let peace prevail in Ethiopia!!!” former Prime Minister Hailemariam Dessalegn tweeted.

The fighting has threatened to destabilize Ethiopia, which has been described as the linchpin of the strategic Horn of Africa, and its neighbors.

As international alarm has grown since the conflict began on Nov. 4, so has a massive humanitarian crisis. The Tigray region of 6 million people has been cut off from the world as the military pursued what Abiy called a “law enforcement operation” with airstrikes and tanks.

Food, fuel, cash and medical supplies have run desperately low. Nearly 1 million people have been displaced, including more than 40,000 who fled into Sudan. Camps home to 96,000 Eritrean refugees in northern Tigray have been in the line of fire.

With communications severed, it is difficult to verify claims by the warring sides. The Tigray leader, Debretsion Gebremichael, could not be reached Saturday. The heavily armed TPLF has long experience fighting in the region’s rugged terrain, and some experts had warned of a drawn-out conflict.

The TPLF turned churches, schools and densely populated neighborhoods in Mekele “into armament stores and launching pads,” senior Ethiopian official Redwan Hussein asserted in a Facebook post. He said “scattered remnants” of the TPLF fighters were carrying out “sporadic shootings.”

The shelling in Mekele, a densely populated city, immediately raised concerns about civilian casualties. Ethiopia’s government had warned residents there would be “no mercy” if they didn’t move away from the TPLF leaders in time. The United Nations said some fled as tanks closed in and Abiy’s 72-hour ultimatum for TPLF leaders to surrender expired.

“I invite everyone to pray for Ethiopia where armed clashes have intensified and are causing a serious humanitarian situation,” Pope Francis tweeted Saturday.

“Fighting and shelling in the Mekele area are a very grave concern. We urge an immediate end to conflict and restoration of peace in Tigray,” the top U.S. diplomat for Africa, Tibor Nagy, tweeted.

As Ethiopian forces moved in, Maj. Gen. Hassan Ibrahim warned that “it is possible that some of the wanted people may go to their families or neighboring areas and try to hide for few days. But our armed forces … will be tasked to hunt down and capture these criminals one by one.”

The United Nations continues to seek immediate and unimpeded access to deliver aid.

Zadig, the democratization minister, told the AP that “once we’ve made sure there’s no security threat,” a humanitarian corridor for that purpose will be allowed within days. As for restoring communications to Tigray, “it depends on the kind of damage sustained,” he said.

Asked about allowing independent investigations into alleged abuses during the fighting, Zadig replied, “We have nothing to hide.”

“One of the reforms we introduced was transparency. But it depends on the situation,” he said.

The minister dismissed the idea that Ethiopia has been left with “any, like, severe wound” from the conflict, and he expressed confidence in the prime minister’s ability to restore normalcy.

“He’s quite an effective leader when it comes to making peace,” Zadig said.

But the conflict has further inflamed tensions in a country that the former TPLF-dominated government structured along ethnic lines during more than a quarter-century in power. Massacres reported in a single community, Mai-Kadra, during the recent fighting have led to concerns about what else will be revealed.

Among Abiy’s goals is welcoming back the refugees who fled, though many have reported being attacked by Ethiopian forces and now struggle to find food, shelter and care in a remote part of Sudan.

U.N. High Commissioner for Refugees Filippo Grandi on Saturday visited Sudan’s Umm Rakouba camp, which houses some 10,000 refugees. He said about $150 million is needed over the next six months.

Worryingly, refugees have told the AP that Ethiopian forces near the border are impeding people from leaving. AP reporters saw crossings slow to a trickle in recent days. Ethiopia’s government has not commented.

“We have seen the figure of people decline but continuing. Five to 600 per day is not a small figure, let’s make no mistake. It is true there were days in which they were in their thousands, but it depends also on the difficulty of moving around their country and on the border,” Grandi said.

Access to Tigray is “the main obstacle at the moment,” he said, urging Abiy’s government to “grant us corridors, or whatever they call it, to provide assistance.”