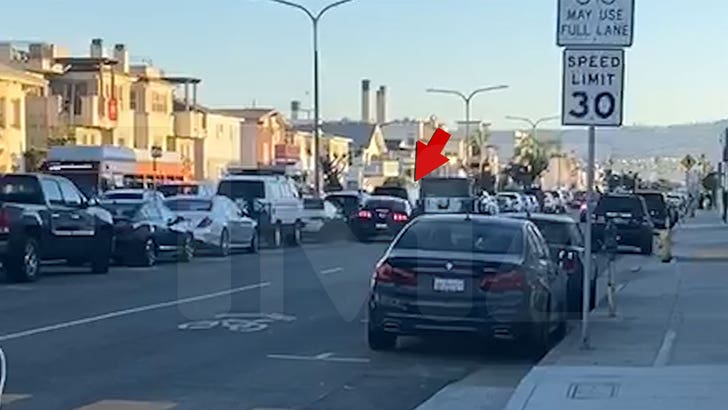 A road rage incident that involved two vehicles decked out in MAGA gear and a third civilian car sent the latter toppling over after it lost control and crashed … and the video is insane.

TMZ has obtained footage of the scary wreck that went down late Saturday afternoon in Hermosa Beach, CA — which is thought of to be a pretty liberal part of town. Welp, for some reason … there were two drivers who wanted to put on a mini caravan down the narrow beachside streets … with Trump flags waving high and proud.

Eyewitnesses tell us while they were stopped at an intersection — with both cars taking up the two lanes on the one-way road — a third car (possibly a Mustang) pulled up behind them and that driver started jawboning at the MAGA convertible.

You even see the guy get out of his car for a bit and cuss out the MAGA convertible driver. He eventually got back in his car … and drivers of the three cars gunned it, almost like they were racing each other. 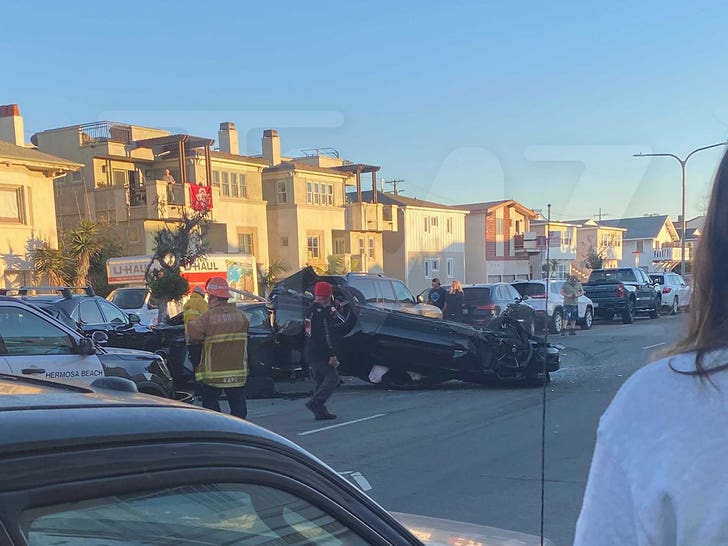 The convertible went up ahead, and it was just the Mustang and the MAGA Jeep next to each other for a second — all of a sudden, you see the Mustang lose control and clip a long row of parked cars on its left-hand side … and then completely flip over. It’s terrifying — and you can tell in how bystanders reacted.

Cops responded quickly — but even before that, eyewitnesses claim people standing by and watching jumped into action … because there was supposedly a baby onboard. We’re told one of the MAGA vehicles — the convertible — appeared to have fled the scene, while the Jeep stayed behind … because it too was damaged.

We got a call in to Hermosa Beach PD to see how the crash victims are doing, and if there’s any truth to the other vehicle fleeing or not … so far, no word back.