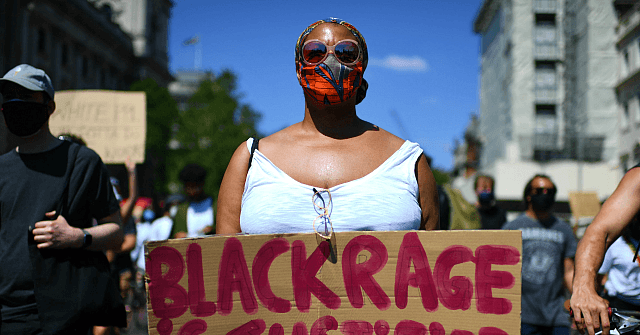 An outright majority of Britons believe the Black Lives Matter movement has increased racial tensions, along with a 44 per cent of people from ethnic minorities.

According to an Opinium survey of over 2,000 people, some 55 per cent of Briton’s believe Black Lives Matter has made race relations in society worse rather than better. The remaining 45 per cent of respondents were not all actively opposed to this idea, either, with the figure for people who actively disagreed standing at just 17 per cent.

The proportion of white people who believed BLM had inflamed matters was slightly above the national average, while the proportion of Conservative voters with that believe was an astonishing 70 per cent.

This illustrates what may be a growing gulf between Conservative voters and Conservative party politicians on BLM-related issues, with the government having been somewhat limp and permissive in its attitude towards the group’s activism and ideology, and even attempting to appease it — with Home Secretary Priti Patel declaring that “Mandatory training is being introduced for new and existing members of Home Office staff to ensure that everyone working in the Department understands and appreciates the history of migration and race in this country” in July, for example.

The Guardian quoted the director of the Centre for Research in Race and Education based at the University of Birmingham, Professor Kalwant Bhopal, as saying that the poll suggests the Black Lives Matter movement has made some white people “feel their privilege is being threatened and questioned”.

“When they see something like BLM they do what they can to protect it and there is a backlash,” she speculated — although this would not account for why so many ethnic minority respondents said they believed BLM had inflamed tensions, too.

Speaking to Breitbart London in September, schoolteacher and campaigner Calvin Robinson, of the Defund the BBC and Don’t Divide Us campaigns, said that “Every time I’ve spoken out against BLM using CRT [Critical Race Theory], they attack me with racially derogatory terms.”

“Apparently, black people must all think the same way. If we go off-script, we’re race-traitors, ‘Bounties’, and ‘coons’. It seems BLM don’t support racial equality after all, because if they did, surely they’d encourage diversity and expect black people to hold many different views across the political spectrum,” he suggested.

Breitbart London reporter Kurt Zindulka recorded a BLM activist giving a speech in which he railed that intersectionalism “means recognising that there is one common enemy: the white man” and that “we need to get rid of them.”

Exclusive Video: BLM Activist Says White Men Are ‘The Common Enemy’, ‘We Need to Get Rid of Them’ https://t.co/jdp2Cz3e85