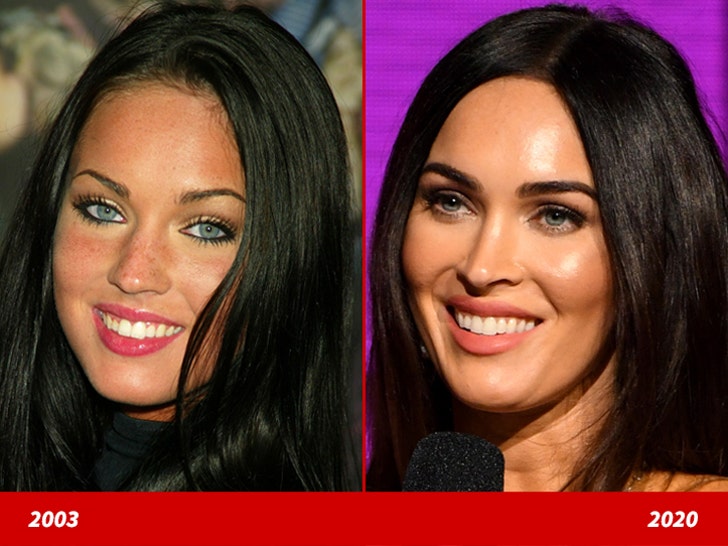 Megan Fox‘s good looks deserve to be put on display!

Here is a 17-year-old version of the “Transformers” star at a movie premiere in Los Angeles back in 2003 (left) just one year before she landed the role of Carla in “Confessions of a Teenage Drama Queen”.

And, 17 years later … The mother of three was seen lighting up the stage at an award show this past week in Los Angeles (right). Megan has gone on to star in a number of films including “Jennifer’s Body”, “Teenage Mutant Ninja Turtles”, and “This Is 40.”