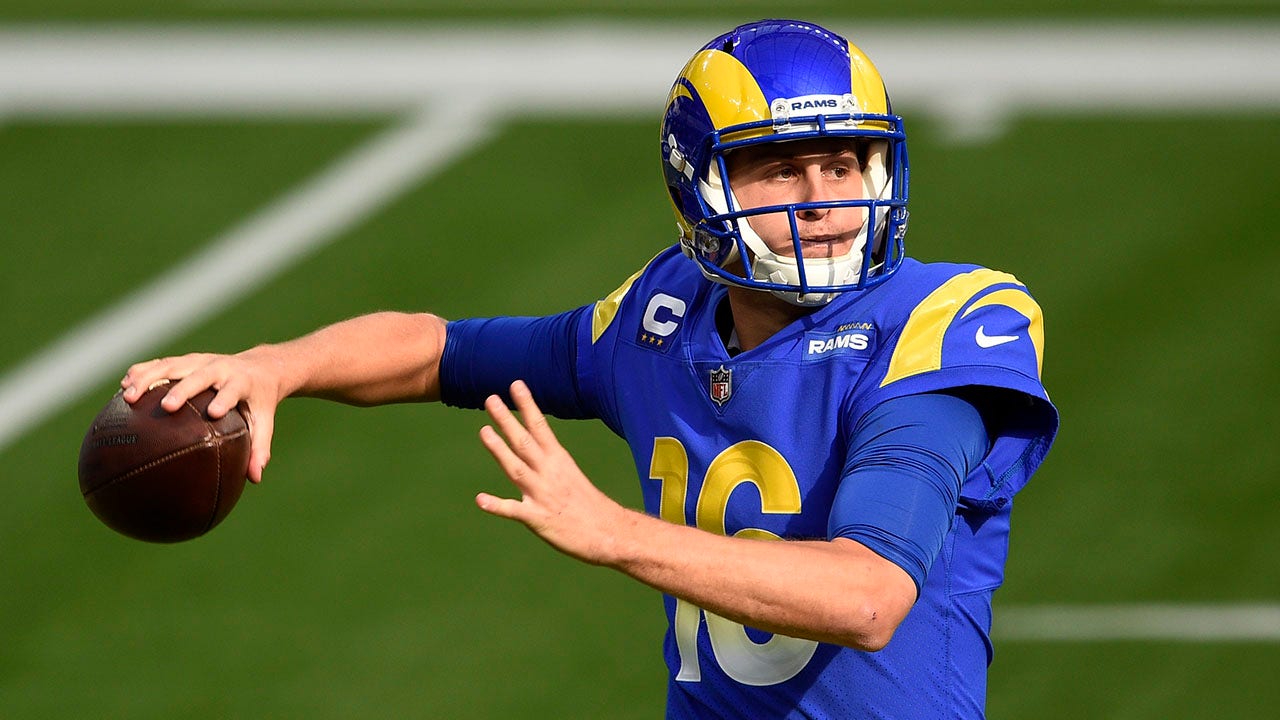 Goff finished the game 19-of-31 with 198 passing yards, two interceptions and a lost fumble. He did not throw a touchdown pass. Los Angeles lost to San Francisco 23-20.

“They did a good job. You give them credit. They deserve their respect, but in a lot of instances just simple execution,” McVay said. “Guys that we’re counting on that have to be able to make plays that didn’t do it in crunch time moments. Those are things that, if we want to be the team we’re capable of being, we need guys to be able to step up at certain spots.

McVay was asked about what Goff has to do better to take care of the football as the team heads to the home stretch.

“Each play, like I’ve talked about, is its own individual situation. But it might be keeping two hands on the ball or it might be understanding that if somebody is swimming around you that you can’t just throw it away when you don’t see where you’re going, being able to trust your guys to be able to separate. But overall, anytime that you turn it over as many times as we did and he did, it just has to be better. He’s capable of it, but we have to be able to get it done,” McVay said.