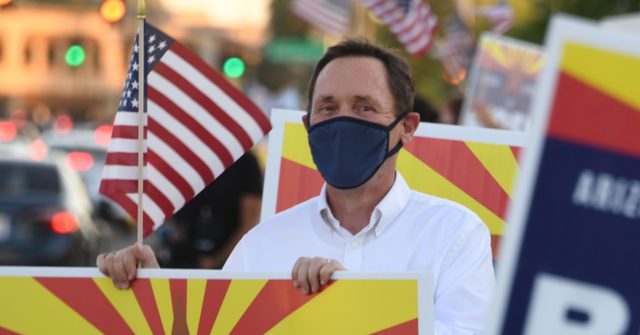 Democrats have been trying to win Arizona for several election cycles, convinced that the growing Latino vote would turn the state blue. But in an election where Republicans grew among Latinos, migration from blue states was a major factor.

That’s the analysis floated by Gene Balk at the Seattle Times, who notes that “priced-out California liberals” have moved to Arizona in large numbers, and migration from Washington State — another liberal stronghold — was second-highest.

I looked at census data on state-to-state migration and found that since the 2016 election — from 2017 to 2019 — about 150,000 Californians who are eligible to vote (U.S. citizens, age 18 and older) moved to Arizona. While the data doesn’t tell us anything about the political affiliations of the those movers, California is, of course, one of the bluest states.

But guess which other very-blue state ranks No. 2 after California for sending expats into Arizona. That’s right: Washington.

From 2017 to 2019, 43,000 voting-eligible Washingtonians made the move south. While that number can’t compare with California, it’s still surprisingly large.

Keep in mind that Biden defeated Trump in Arizona by a margin of about 10,500 votes, so those 43,000 ex-Washingtonians certainly could have made a difference.

Two “red” states also sent large numbers of migrants into Arizona. Texas was third, after Washington, with 37,435 migrants. Utah was tenth, with 17,398.

According to another analysis, Trump did worse among Latinos in Arizona than he did in 2020, even while improving nationwide.

And Biden enjoyed support from Cindy McCain, the widow of the late Arizona Republican Sen. John McCain. (She is reported to be a likely candidate for an ambassadorship.)

Still, Joe Biden’s stronger performance among older white voters — which includes a large number of Arizona retirees — may have been part of his success in the Grand Canyon State.