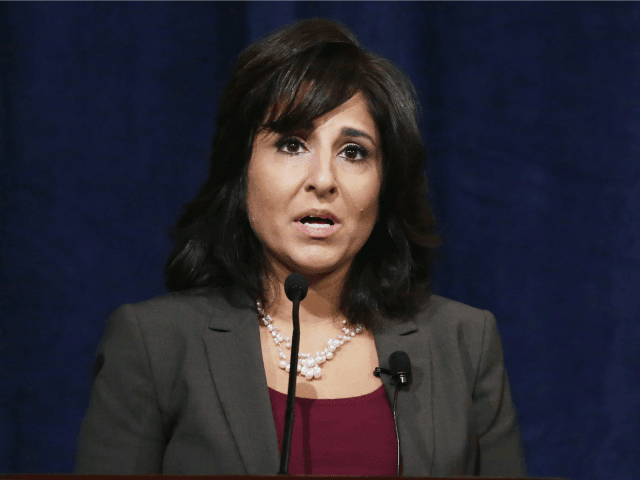 Former Vice President Joe Biden intends to name Neera Tanden, head of the left-wing think tank Center for American Progress (CAP), as the director of the White House Office of Management and Budget, presuming he takes office as president.

Tanden leads the George Soros-backed organization, which also provided staff and policies to the Obama administration. She is a frequent and controversial figure on cable news. In 2018, for example, she said that “no reasonable person” should have any further questions about claims by Sen. Elizabeth Warren (D-MA) to have Cherokee ancestry after she took a DNA test. (The test suggested that Warren had very little Cherokee ancestry, and she later apologized to the Cherokee Nation.)

Mr. Biden will nominate Neera Tanden, the president and chief executive officer of the Center for American Progress, a center-left think tank, to serve as director of the Office of Management and Budget. He will nominate Cecilia Rouse, a Princeton University labor economist, to be chair of the Council of Economic Advisers, these people said.

The president-elect plans to choose Adewale “Wally” Adeyemo, a former senior international economic adviser during the Obama administration, to serve as Ms. Yellen’s top deputy at the Treasury Department. And he will turn to two campaign economic advisers, Jared Bernstein and Heather Boushey, to serve as members of the CEA alongside Ms. Rouse, the people said.

Ms. Tanden is a former adviser to Hillary Clinton who has tangled with allies of Vermont Sen. Bernie Sanders, who unsuccessfully challenged Mrs. Clinton for the party’s presidential nomination in 2016. During Mr. Obama’s administration, she was a key architect of the Affordable Care Act, which Republicans have repeatedly sought to repeal.

CAP, formerly run by Hillary Clinton campaign chair John Podesta, was an early and important institutional foothold for Soros in Washington as he became a major player in shaping the institutional left and the Democratic Party.