Rita Ora has been accused of flouting lockdown rules after she reportedly hosted a party to celebrate her 30th birthday on Saturday.

The singer, 30, is alleged to have invited 30 friends to a restaurant in Notting Hill, West London, to mark the occasion with the group partying ‘until the early hours’.

It comes as the government again stressed the importance of abiding by restrictions on Sunday, ahead of the UK’s second national lockdown ending on December 2.

Claims: Rita Ora has been accused of flouting lockdown rules after she reportedly hosted a party to celebrate her 30th birthday on Saturday (pictured on Thursday)

In pictures obtained by The Sun, models Cara and Poppy Delevingne as well as TOWIE star Vas Morgan, 31, and Rita’s sister Elena, 32, are seen at the venue.

During the night police officers were pictured outside at the Casa Cruz restaurant as they peered into windows and tried to open one metal door.

A source told the publication: ‘Rita and her sister came to the restaurant first, all dolled up and clearly looking forward to a good night.

Big day: The singer has been celebrating her 30th in style over the weekend, with a source claiming that the event on Saturday night ‘went on until the early hours’ (pictured on Thursday)

‘There were a number of guests, all dressed up very glamorously, and everyone entered the building through the back, with security watching the front to make sure no one else went in. It went on until the early hours.’

The restaurant’s director Nicholas Fallows also told The Sun that he hadn’t been aware of any plans for an event and the restaurant was ‘owned by shareholders’.

While the Met Police confirmed they had been called out on Saturday night to reports of a potential COVID-19 regulations breach in the area. 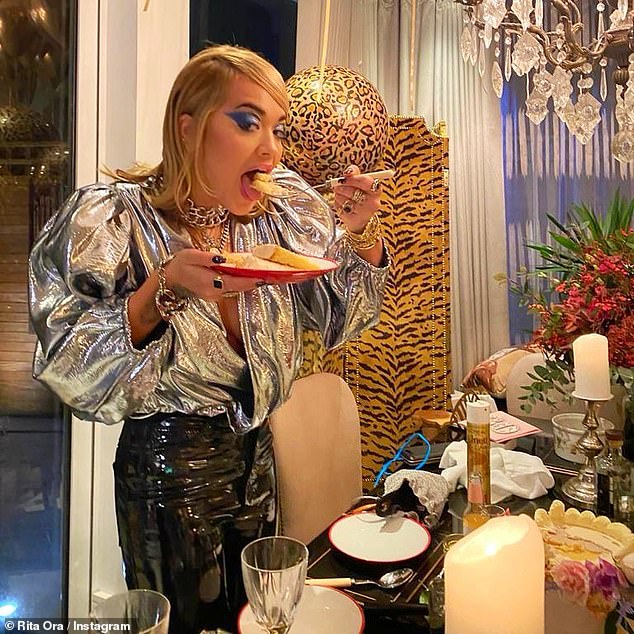 A source said: ‘Rita and her sister came to the restaurant first, all dolled up and clearly looking forward to a good night’ (pictured marking her 30th at home on Thursday)

Current government guidelines say that people ‘minimise the time spent outside their home’ and avoid meeting others who they do not live with.

People should also avoid physical contact; being close and face-to-face; and shouting or singing close to others who do not share a home with you or who are not in the same support bubble.

Guidelines brought in with the national lockdown on November 5 also state that people must ‘not meet socially indoors with family or friends unless they are part of your household, meaning the people you live with, or your support bubble’. 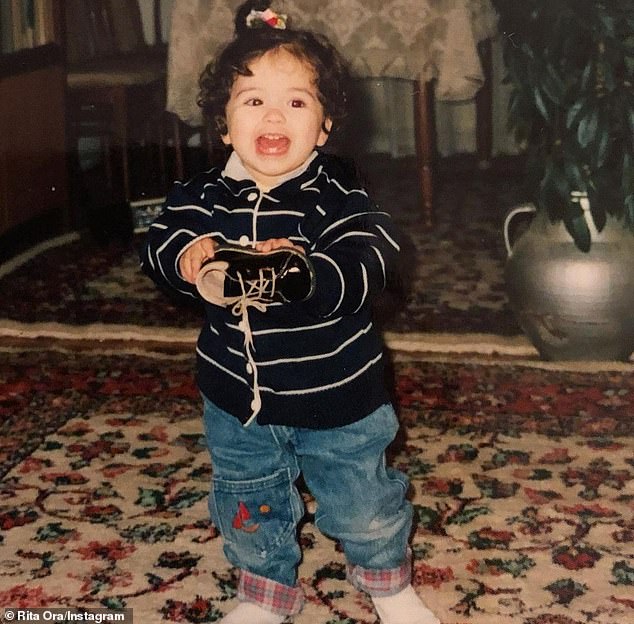 So adorable: Rita also shared a series of throwback snaps on Sunday as she looked forward to a new decade

Restaurants are also currently closed except for takeaway meals, with any breaking of these guidelines possibly ending up with a fine.

The rules are set to change on December 2, with many restrictions being dependent on which Tier the location ends up being in.

In London restaurants and cafes will be able to open from Wednesday. Pubs and bars can also open, but only if they are operating as restaurants with table service.

All hospitality venues can only serve alcohol with substantial meals and must stop taking orders at 10pm and close by 11pm, according to the government.

Rita has been celebrating her 30th birthday in style this week after marking the actual big day during lockdown on Thursday. 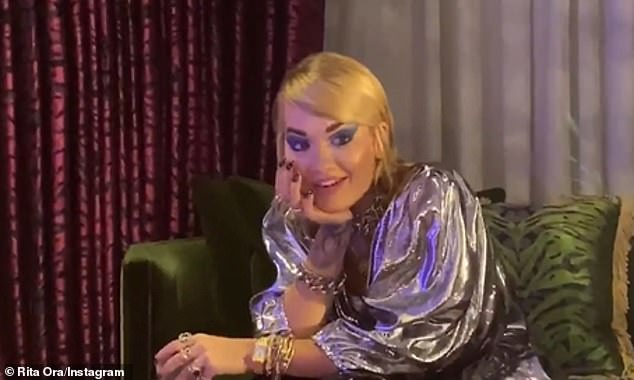 Friends in high places: It comes after Rita also shared footage of herself watching a video of 30th birthday greetings from a host of stars on Saturday 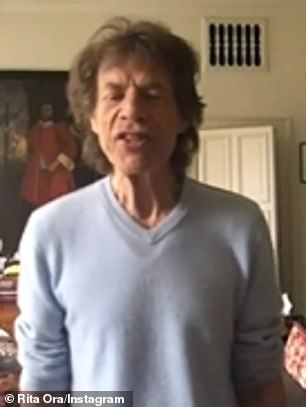 On Sunday she used the occasion as an opportunity to look back on decades past, when she took to Instagram to share a slew of snaps of herself as a child.

The Girls singer looked adorable in the images, which showed her at various ages as a youngster as she posed with her dad Besnik and 32-year-old sister Elena.

While on Saturday, the star was gifted quite the impressive keepsake – a video featuring an exhaustive list of stars wishing her a happy birthday.

The singer took to Instagram to share the impressive clip, which included appearances by Mariah Carey, Naomi Campbell, Mick Jagger, Michael Caine, Lionel Richie, and Vjosa Osmani, the acting president of Kosovo – to name a few. 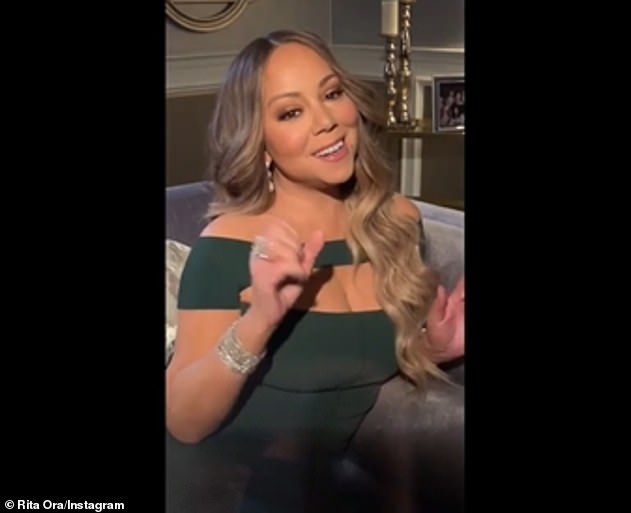 Glamour: A glamorous Mariah Carey was one of the first stars to pop up onscreen in the video