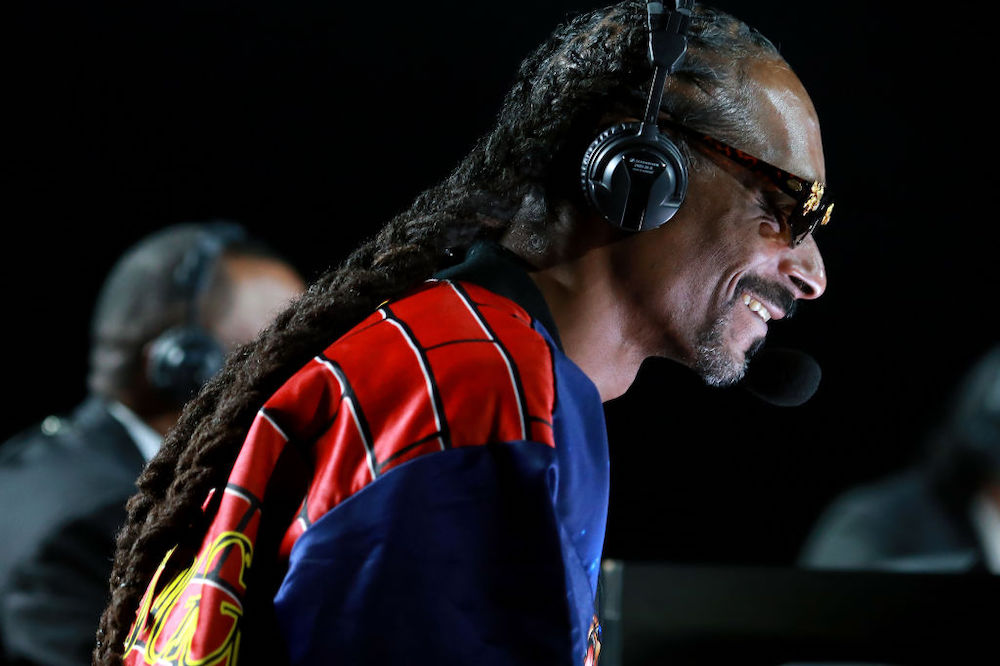 Last night’s highly anticipated bout between retired boxers Mike Tyson and Roy Jones Jr. may have ended in a draw, but there was a winner: Snoop Dogg. The rapper gave commentary during the night’s events, which also included YouTuber Jake Paul versus NBA veteran Nate Robinson, and social media couldn’t get enough.

“This shit like two of my uncles fighting at the barbecue,” the rapper quipped during the Tyson-Jones Jr. match, which featured more clutching and hugging than actual punching. “’Meet me in the backyard, I’m tired of this shit.’”

He also went full-on gospel during the undercard match. “Oh, my God, Lord have mercy! Oh, Jesus!” Snoop shouted when Paul knocked Robinson to the ground. He then broke into a spiritual hymn as Robinson stumbled around the ring in an attempt to regain his composure.

Celebrities were loving it, too. “I never want to see a boxing match without snoop commenting again, this has spoiled me forever,” Flea tweeted.

“the winner of tonight? no doubt…. @SnoopDogg” Questlove declared.

“I wanna hear @SnoopDogg be a commentator for every sport. Basketball, football, luge,” Gabrielle Union wrote.

See these and more great reactions below.

I never want to see a boxing match without snoop commenting again, this has spoiled me forever.

My Unk @SnoopDogg is simply the greatest at whatever he does man!! Swiss Army Knife++++++