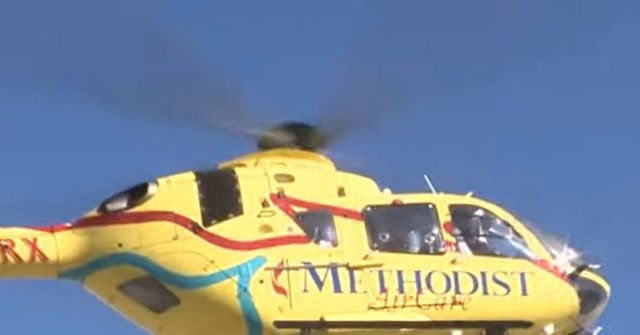 A four-year-old bone marrow transplant recipient fulfilled her dream of riding a medical helicopter when she was released from the hospital after three months.

Bohdi got to go home in time for Thanksgiving after her three-month stay at Methodist Children’s Hospital in San Antonio, Texas. But before went home, a flight nurse she bonded with allowed her to take a ride in a medical helicopter, KSAT reported.

Bohdi’s dream is to become a flight nurse when she grows up.

“In the field that we’re in, in the times that we’re going through lately, it’s not very often that we get to see a happy ending or get to follow up on a patient like this,” said flight nurse Stefanie Cruz.

It was a very emotional moment all around for Bohdi, her mother, and the flight nurse team.

“Thank goodness for sunglasses and masks because a lot of us were holding back some ugly tears,” Cruz said.