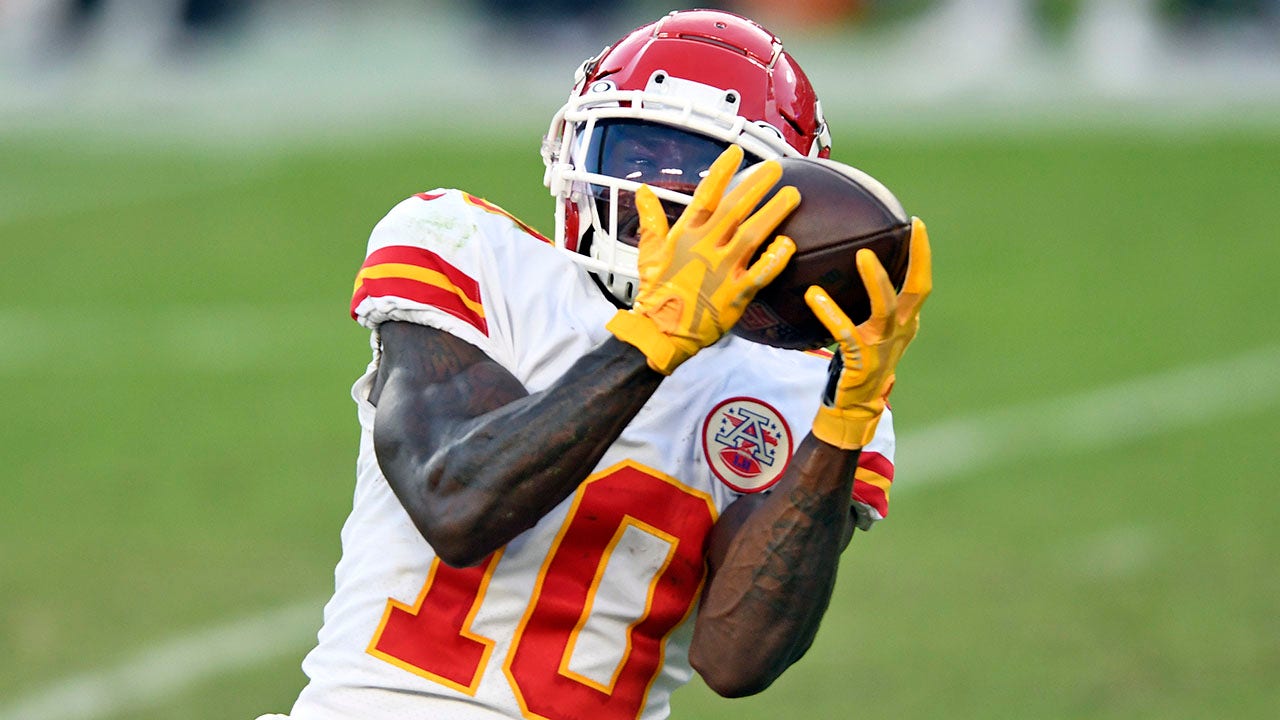 Kansas City Chiefs quarterback Patrick Mahomes is easily the best player at his position with more than 3,000 yards in passing after 11 games. So it’s fitting that Mahomes says there’s no wide receiver that he wants in the league more than Tyreek Hill.

In the Chiefs’ 27-24 win over the Tampa Bay Buccaneers on Sunday, Hill pulled in 13 receptions for 269 yards and three touchdowns. Mahomes talked about Hill’s performance during his weekly appearance on Kansas City’s 610 Sports Radio’s “The Drive.”

“I think the biggest thing is the way he’s developed as a route runner and how many contested catches he makes,” Mahomes said Monday. “You see it week in and week out, he’s consistent, he’s the most dangerous guy in football and if he’s not getting double covered, then he’s going to make a lot things gonna happen.”

Through Week 12, Hill leads the NFL in receiving yards (1,021) and touchdowns (13). Hill, who is 5-foot-10 and 185 pounds, isn’t the prototypical wide receiver that every team looks for, but Mahomes believes Hill is in a class of his own.

“Yeah, I mean, there is no one in this league that I would have on this team other than him,” Mahomes said. “The way he’s able to win one-on-one [coverage] consistently and the ability he has to make tough catches in traffic. He’s a special guy. There’s no one else like him in NFL. He helps everyone else get open because you have to double cover him every single time, otherwise he’s going to make you pay like he did yesterday.”