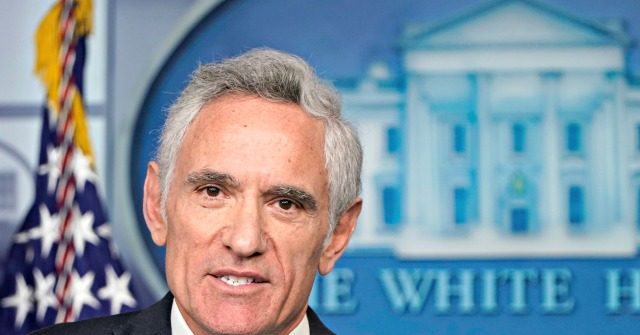 Atlas joined the White House in August as a Special Government Employee, which has a 130-day detail limit that will expire this week.

“I thank you for the honor and privilege to serve on behalf of the American people since August, during these difficult months for our nation,” Atlas wrote in the resignation letter that he posted on Twitter.

Atlas offered the president a different perspective than many of the bureaucratic federal scientists and officials who put the country in a lockdown to slow the spread of the virus.

“[P]erhaps More than anything, my advice was always focused on minimizing all the harms from both the pandemic and the structural policies themselves, especially to the working class and the poor,” Atlas wrote.

Atlas said he was honored to serve in the White House and celebrated the success of Operation Warp Speed developing a vaccine in record time.

“Throughout my time at the White House, it was an honor to work with several selfless colleagues in designing specific policies to heighten protection of the vulnerable while safely reopening schools and society,” he wrote.

Atlas was treated poorly by the corporate media, especially when his advice conflicted with Dr. Anthony Fauci, the director of the National Institute of Allergy and Infectious Diseases, and Centers for Disease Control Dr. Robert Redfield, who bristled at some his recommendations.

Facui said he had “real problems” with some of Atlas’s recommendations, and Redfield panned Atlas in a phone conversation that “everything he says is false.”

Atlas alluded to the struggle in his resignation letter, reasserting the importance of scientific debate.

“Although some may disagree with those recommendations, it is the free exchange of ideas that lead to scientific truths, which are the very foundation of any civilized society,” he wrote. “Indeed, I cannot think of a time where safeguarding science and the scientific debate is more urgent.”

Read his full letter below:

Honored to have served @realDonaldTrump and the American people during these difficult times. pic.twitter.com/xT1hRoYBMh