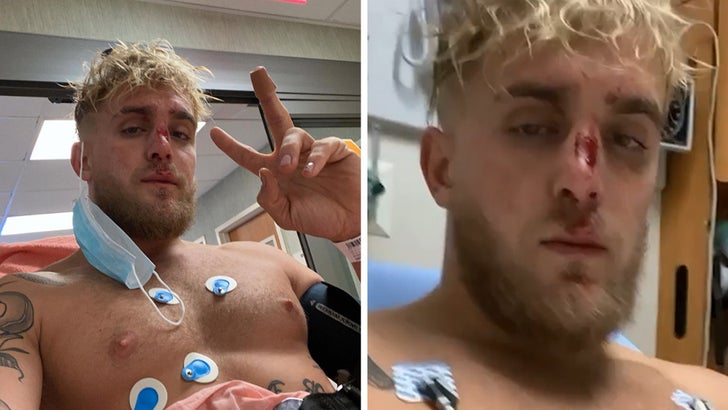 Here’s video which Jake Paul says PROVES he really did suffer a broken nose 3 weeks before the Nate Robinson fight … and yeah, he looks pretty busted up.

The footage shows Paul in what appears to be a hospital exactly 20 days before the Nov. 28 fight — bleeding from the bridge of his nose with electrodes on his chest.

Paul also posted a pic of the scar after he was cleaned up. 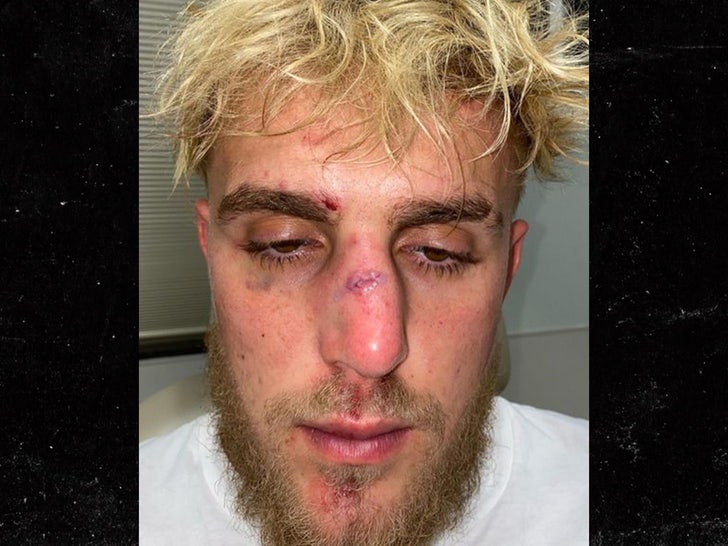 The 23-year-old says he sustained the injury while meditating — “I passed out on the concrete” — and it posed a real threat to his training in those pivotal weeks before the match.

Paul says he couldn’t spar for several days — which is a big deal going into a fight. In fact, Paul says his whole training camp came to a screeching halt for a moment.

But Paul persevered and dominated in his fight with the ex-NBA player — ultimately securing a violent KO in the 2nd round.

As for Jake’s nose, it didn’t look like Nate connected one flush shot to Paul’s face during the fight.

Now, Paul says he’s looking forward to his next opponent — which he HOPES is either Conor McGregor or Dillon Danis.

The bottom line … Jake says he’s dead serious about pursuing a career in boxing and we can all expect him to get back in the ring ASAP.