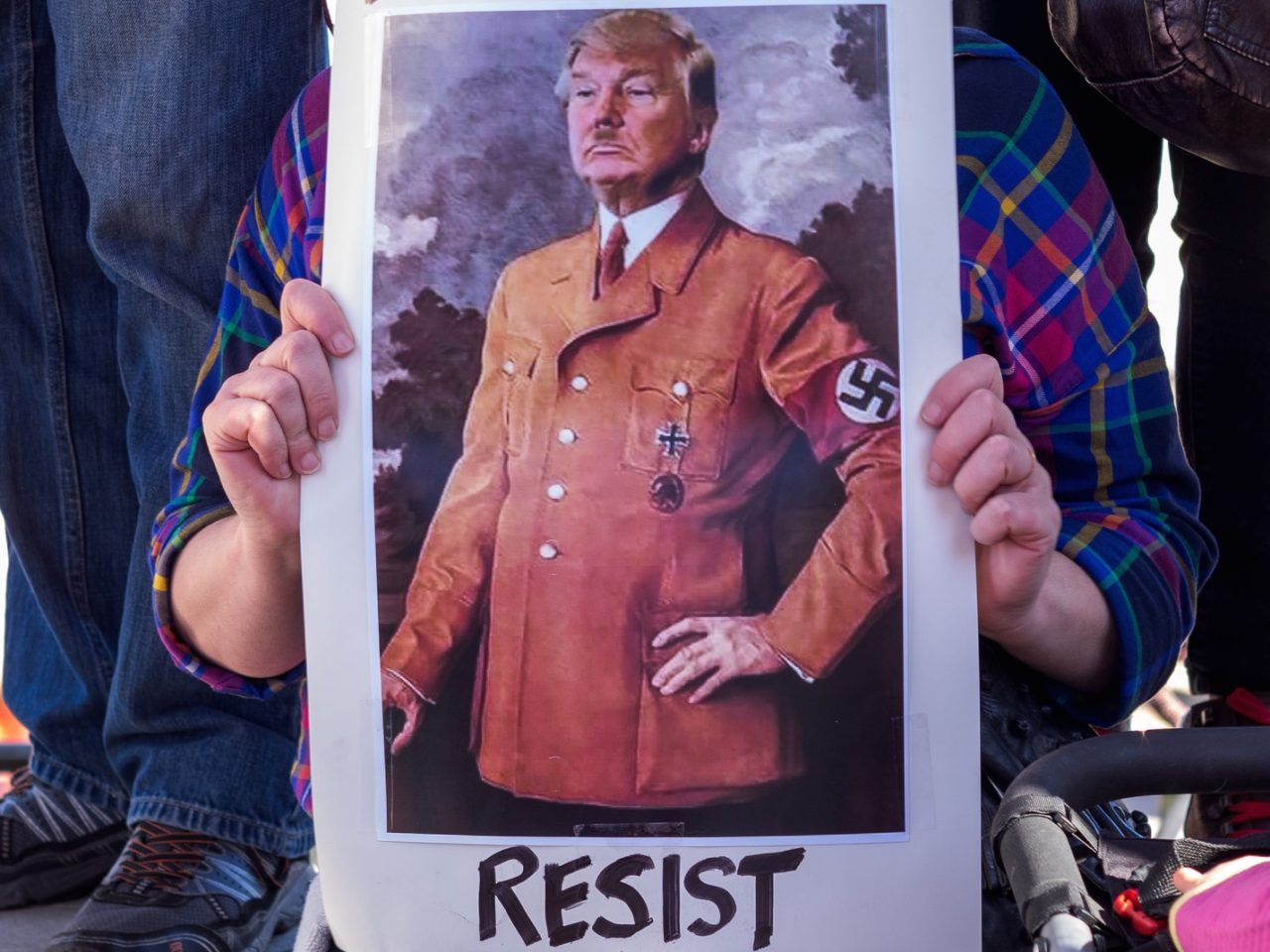 The New York Times published an op-ed Monday that suggested President Donald Trump is like Nazi dictator and mass murderer Adolf Hitler because he is challenging election results in court.

The Times won the Pulitzer Prize in 2018 for its reporting on “Russian interference in the 2016 presidential election and its connections to the Trump campaign, the President-elect’s transition team and his eventual administration.” There was no evidence of collusion, though the Times‘ reporting, which was never tested in a court of law, was used to cast doubt on the legitimacy of the 2016 election.

Nevertheless, the Times has decided that Trump’s legal challenges warrant comparison to Nazi Germany. Contributing writer Jochen Bittner, who is also affiliated with Germany’s Die Zeit, argued that Trump’s claims of voter fraud are like Germany’s belief that sabotage led to defeat in World War I:

[W]atching President Trump’s “Stop the Steal” campaign since Election Day, I can’t help but see a parallel to one of the most dreadful episodes from Germany’s history.

One hundred years ago, amid the implosions of Imperial Germany, powerful conservatives who led the country into war refused to accept that they had lost.

Among a sizable number of Germans, it stirred resentment, humiliation and anger. And the one figure who knew best how to exploit their frustration was Adolf Hitler.

Bittner acknowledges that comparing Trump to Hitler is “absurd,” then proceeds to do exactly that, noting that stories about the supposed sabotage were “the heart of Nazi propaganda, and instrumental in justifying violence against opponents.”

He concludes that what happened in Germany in the 1920s and 1930s is “exactly what is happening in the United States today.”

The Times has never apologized for its Russia coverage.