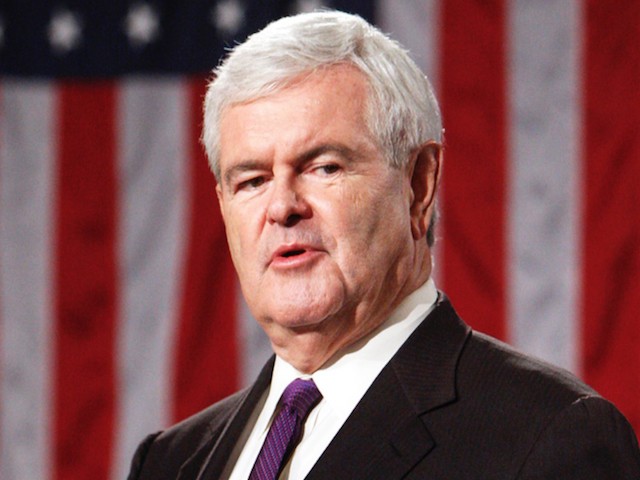 America’s future depends on the outcomes of the elections for the U.S. Senate in Georgia, said former Speaker of the House Newt Gingrich (R-GA) on Monday, offering his remarks on SiriusXM’s Breitbart News Daily with host Alex Marlow.

Marlow asked about demoralization among conservatives and Republicans in Georgia rooted in mistrust of the electoral and political systems.

Gingrich urged Georgians to vote and volunteer as poll watchers.

Gingrich continued with this advice, “My message is very simple. The future of the United States depends on the outcome of the Georgia Senate races. If you don’t want a radical left-wing America dominated by left-wing judges with massive tax increases, with a policy, frankly, of appeasing China, and you don’t want that kind of future, you have to go out and vote. And then frankly, you have to volunteer as a poll watcher and make sure they don’t steal the election. But I think these things are vital and I don’t think we should in any way underestimate how really important the Georgia Senate race.”

The 2020 election “may be the biggest Presidential theft since Adams and Clay robbed Andrew Jackson in 1824,” wrote Gingrich on Friday via Twitter.

The more data comes out on vote anomalies that clearly are not legitimate the more it looks like 2020 may be the biggest Presidential theft since Adams and Clay robbed Andrew Jackson in 1824. State legislatures should demand recounts

“In 1824, Andrew Jackson had At 40 percent of the popular vote, but the guys who came in number two and three combined in the House of Representatives of John Quincy Adams and Henry Clay decided that even though Jackson got the most votes, he wouldn’t be president,” Gingrich explained. “So Jackson spent the next four years attacking them for representing a corrupt establishment and decisively beat Adams in 1828, and really the caused a dramatic uprising against the old order because people were just sick of it.”

“You have to think of two parallel projects,” determined Gingrich. “There is the campaign, which is what the Republicans focus on, and there is the election, which is what the Democrats focus on. If we don’t find a way to have an honest election, the campaign won’t matter, because we will be drowned in ballots that are illegally gathered [through] harvested ballots.”

Gingrich concluded, “These two Senate seats are the margin between containing Biden and empowering Biden.”