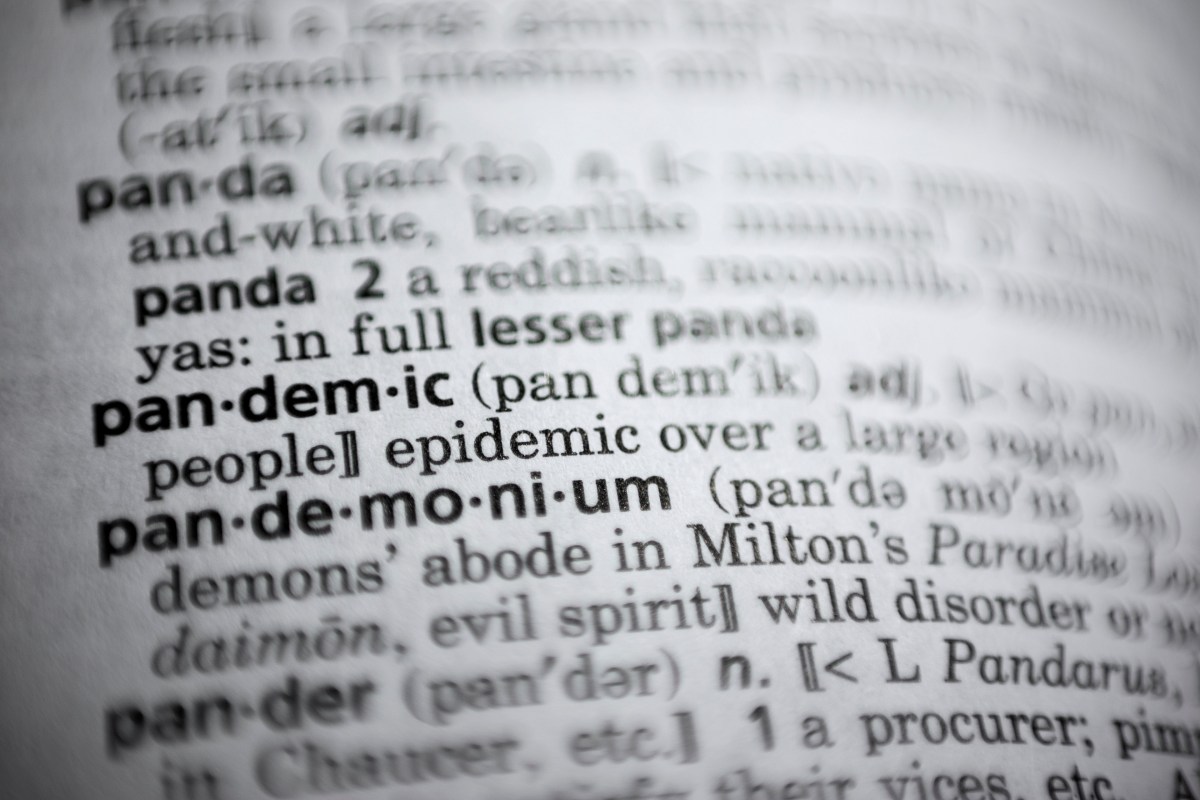 Merriam-Webster on Monday announced “pandemic” as its word of year.

In its noun form, pandemic is defined by the dictionary as an outbreak of a disease that occurs over a wide geographic area (such as multiple countries or continents) and typically affects a significant proportion of the population.

“Often the big news story has a technical word that’s associated with it and in this case, the word pandemic is not just technical but has become general. It’s probably the word by which we’ll refer to this period in the future,” Sokolowski, a lexicographer, told the outlet.

The World Health Organization on March 11 declared the novel coronavirus outbreak a pandemic.

That same day, Sokolowski said, searches for the word were 115,806 percent higher than on the same date last year.

Coronavirus and other related pandemic words — including quarantine — were among the runners up for Merriam-Webster’s word of 2020.