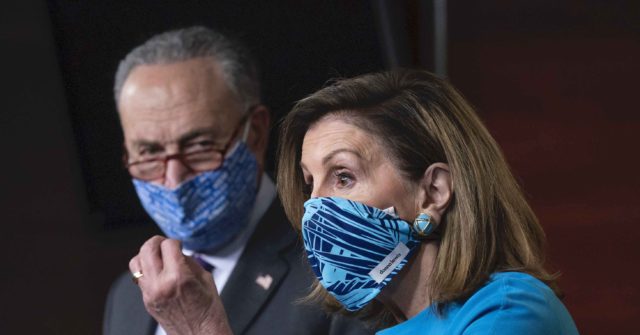 Democrats planned to “ram all this [left-wing] policy down their throats” until Republicans won unexpected House victories in the November election, the Los Angeles Times reported Monday.

“People were talking in a really cocky way before that Democrats were going to take the trifecta [White House, Senate and House], and we were not ever going to talk to Republicans about anything. We were going to ram all this policy down their throats,” said Rep. Scott Peters (D-San Diego), a moderate.

Ambitious liberal policies like Medicare for all and the Green New Deal are likely to be pushed to a back burner, though Rep. Alexandria Ocasio-Cortez (D-N.Y.) and other progressives have signaled they will continue to advocate for their movement.

Pelosi (D-San Francisco) had said before the election that Democrats would expand the Affordable Care Act by using a special procedure in the Senate that required only 50 votes, but it’s unclear now she will have even that.

According to Rep. Zoe Lofgren (D-CA), one of the House impeachment managers who tried to have President Donald Trump removed from office earlier this year, Democrats were told “Republicans had only a 25% chance of keeping the Senate and that Democrats would pick up seats” in the House.

Instead, Republicans have gained a net of eleven seats thus far, winning all 27 “toss-up” seats in the Cook Political Report, and cutting Speaker of the House Nancy Pelosi’s (D-CA) majority to a margin of just a few seats.

Democrats hope to take control of the Senate by wining the two runoffs for U.S. Senate seats in Georgia in January, but even then they would only have a 50-50 tie with Republicans and would need presumptive Vice President Kamala Harris to break the tie on every vote.

The Times also reported that Republicans expect President Donald Trump to play a leading role in defining the party’s agenda, whether he is in or out of office.