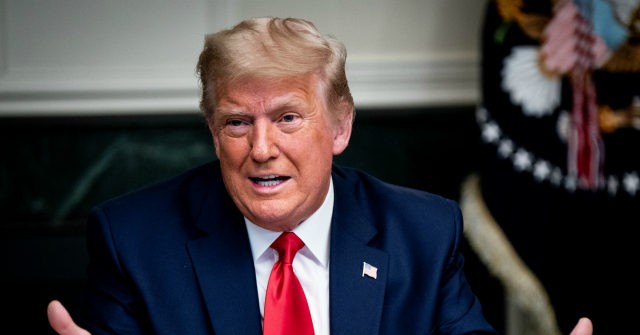 President Donald Trump on Monday warned Georgia Gov. Brian Kemp (R) of a “goldmine of fraud” without signature matching for mail-in ballots in the state recount.

“Why won’t Governor Brian Kemp, the hapless Governor of Georgia, use his emergency powers, which can be easily done, to overrule his obstinate Secretary of State, and do a match of signatures on envelopes,” Trump asked, referring to Georgia Secretary of State Brad Raffensperger (R).

Trump channeled anger from Georgia state Republicans about the election results and the subsequent hand recounts that did not revisit the signature verification.

Raffensperger has claimed that matching the signatures is no longer possible because the ballots have been separated from the outer envelope.

But Trump argued that verifying the signatures in the recount would eliminate any potential fraud — both in the 2020 election and the Georgia Senate runoff election.

“It will be a ‘goldmine’ of fraud, and we will easily WIN the state,” Trump wrote.

The president also questioned whether the number of envelopes matched up with the number of ballots cast in the Georgia 2020 election, suggesting there were other signs of fraud.

“Also, quickly check the number of envelopes versus the number of ballots,” he wrote. “You may just find that there are many more ballots than there are envelopes. So simple, and so easy to do.”