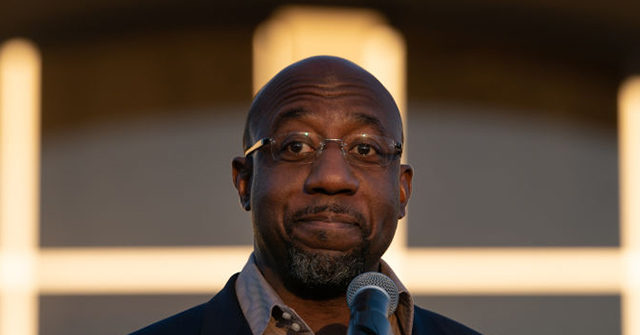 A video has emerged showing Democrat Senate candidate Rev. Raphael Warnock mocking churchgoers for wanting to defend themselves with guns.

The video, posted by the NRA, shows Warnock saying, “Somebody decided that they had a bright idea to pass a piece of legislation that will allow for guns and concealed weapons to be carried in churches.”

He went on to mock the idea of carrying a gun in a church meeting, suggesting such meetings are the “last place” where carrying a firearm ought to be allowed.

First Warnock goes after our veterans, now our Second Amendment.

On November 5, 2017, Stephen Willeford’s daughter told him she heard gun shots at the nearby First Baptist Church in Sutherland Springs, Texas. Willeford grabbed an AR-15 and ran to the scene, making contact with the attacker, then shooting and wounding him to stop the attack.

The heinous attack that brought Willeford running resulted in a Texas law allowing concealed carry permit holders to be armed in their churches and houses of worship for self-defense.

The law allowing self-defense carry in churches took effect in September 2019 and just months later, on December 29, 2019, an armed church member, who was also a volunteer church security team member, took out an armed attacker and saved countless lives. Because Jack Wilson was armed and ready, the attacker sustained a lethal bullet wound immediately after he shot and killed an innocent.

Surveillance video of the December 29, 2019, attack shows the attacker pull a shotgun out from his jacket, only to be killed within seconds by Wilson. As the video rolls, other armed congregants can be seen rising from their seats and converging on the attacker’s position:

The Safe Carry Protection Act was designed to give Georgians the kind of fighting chance that the world saw on display when Wilson shot the attacker in the White Settlement, Texas, church. But Warnock mocked the idea of churchgoers being armed for defense of themselves and others.