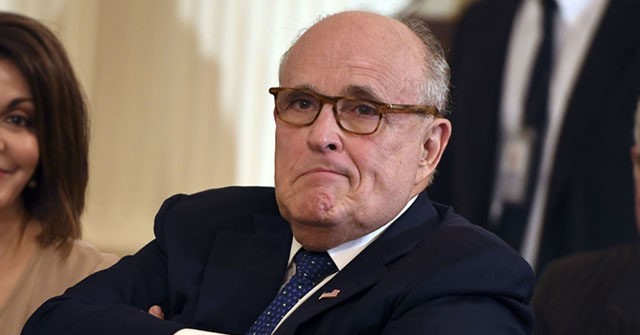 President Trump’s legal team is participating in a hearing on election integrity with members of the Arizona legislature, which is set to begin at 9 a.m. MST.

The hearing is taking place at the Hyatt Regency in downtown Phoenix and will feature Trump campaign attorneys Jenna Ellis and Rudy Giuliani, who appear to be there in person.

The meeting’s purpose is “to hear testimony and view evidence related to allegations of electoral compromise related to the 2020 election,” according to a press release by Republican state Rep. Mark Finchem, who is leading the event.

Patriots from across the country are also expected to gather outside the venue, Arizona Republican Party Chairwoman Dr. Kelli Ward said on Monday.

“Many of the legislators are holding an evidentiary hearing today to show evidence of voter fraud voter irregularities and problems with our election that have put election integrity in doubt,” Ward explained.

Arizona Rep. Paul Gosar (R-AZ) is also expected to be there and is encouraging others to join.

“Bring your flags and let’s fight for our country and expose the fraudulent vote,” Gosar said:

Looking forward to seeing a great turnout in the morning. 9:00 am. Hyatt Regency. Downtown Phoenix. Bring your flags and let’s fight for our country and expose the fraudulent vote. @MarkFinchem @Leo4AzHouse @SonnyBorrelli will be there and @ali @MichaelCoudrey & others. https://t.co/dZ2eEuUf8c