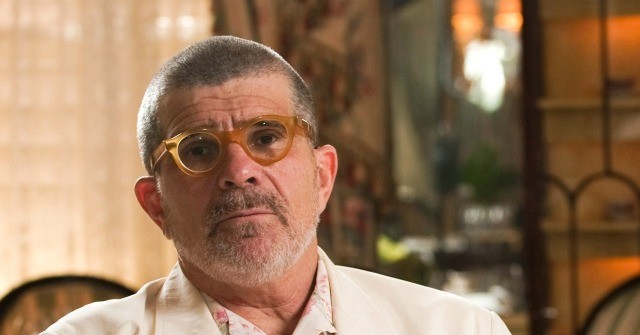 Acclaimed playwright David Mamet has added his distinctive voice to the growing chorus of dissenters who are questioning the effectiveness of government-mandated masks and lockdowns to combat the coronavirus.

In a recent op-ed for the Wall Street Journal, the Glengarry Glen Ross playwright slams the so-called “experts” and advisers whose counsel has led to the destruction of large swaths of the U.S. economy. These people will likely never pay the price for their errors, but everyone else will, he noted.

“The virus here is government—or at least the incompetents who advise our rulers and cannot admit the legitimacy of dissension. Absent intervention, this virus may eventually kill the host organism,” Mamet wrote.

Those closest to the boss will have the most influence—and they often keep it, even in failure, writes David Mamet https://t.co/i9OVqCbQvQ

“We all have to trust others for their expertise, and we all make mistakes. The horror of a command economy is not that officials will make mistakes, but that those mistakes will never be acknowledged or corrected.”

The playwright noted that experts have issued contradictory messages about the effectiveness of masks, citing the prestigious New England Journal of Medicine that published an article saying masks are useless outside health-care facilities, only to issue a quasi-retraction.

He also cited the example of a friend who owns a restaurant and is going broke. “One is ‘permitted’ to sit at his tables and eat without a mask. Indeed, how would one eat while wearing one? Does the virus know that one is sitting down?”

David Mamet compares today’s coronavirus advisers to failed advisers of the past, citing the case of Prof. Frederick Lindemann, a confidant to Winston Churchill. During World War II, Lindemann downplayed the idea that the Germans were developing a rocket capable of bombing London, which became the V-2. He was wrong, but never paid a professional price for his mistake.

Mamet also cites Joseph Stalin’s science adviser, Trofim Lysenko, who came up with the idea of training crops to grow in winter. It was a disaster that contributed to mass starvation in communist Russia and China.

The playwright even brings up the debate around climate change. “Now we have climate change and its attendant alarmists,” he added. “The news media, backed by those parts of the ‘scientific community’ the media chose to honor, presented this analysis as though it were indisputable fact. In fact, it was riddled with problems.”

Today, millions of people face economic ruin as a result of the coronavirus and the policies crafted by experts who are advising the government, he wrote.

“A pandemic was allowed to destroy the American economy. Tens of millions are driven out of work, cover their faces, and walk down the streets in fear of their neighbors.”