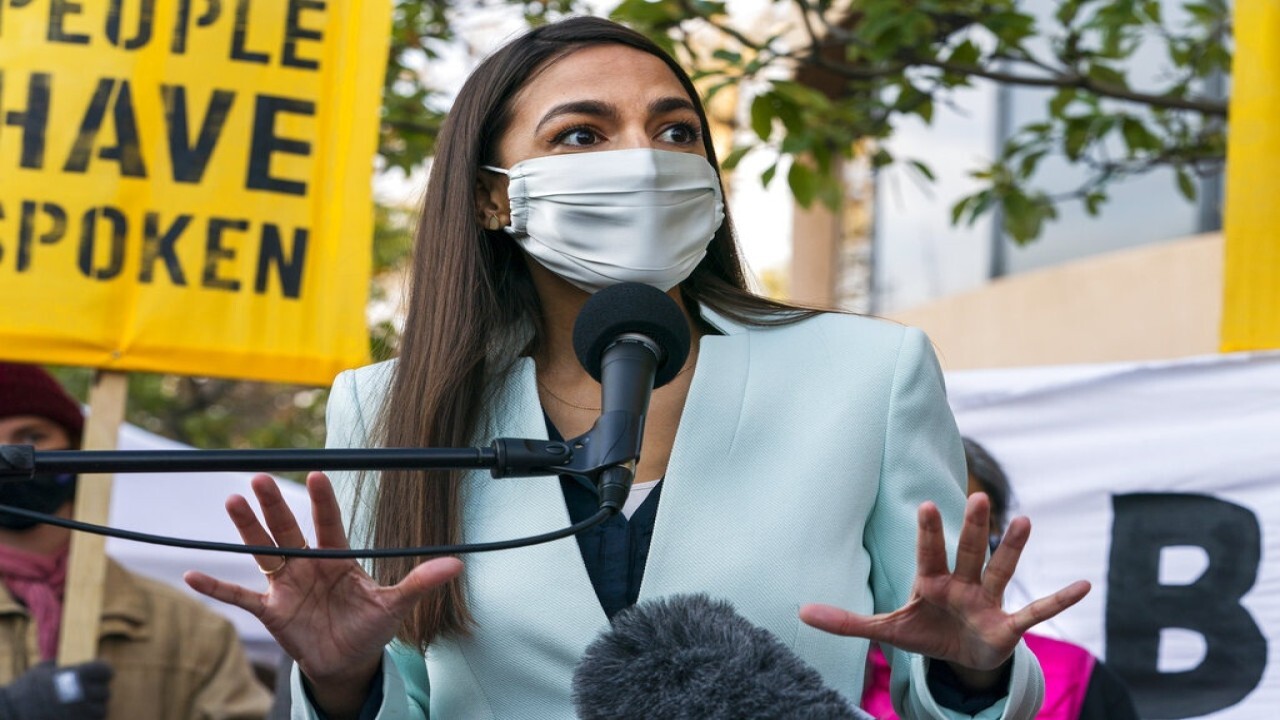 With the media turning their attention to the incoming Biden administration–An all-female communications team! He’s getting a cat!–it would seem to be a heady time for Democrats.

After all, they’re on the verge of accomplishing their most passionate goal, evicting Donald Trump, even as the president tells Maria Bartiromo that he’ll continue the fight to expose massive fraud and broadens his assault to include the FBI, judges and the media.

The emerging Biden team of veteran insiders, while not beloved by the left, makes clear he’ll be pushing the country in a much more liberal direction.

But there are danger signs for his party.

That starts with the Hill, where for all the hype you’ll read about Georgia over the next month, Republicans are likely to win one and probably both of the runoff Senate races, leaving Mitch McConnell in control of the chamber. And in an under-reported story, the GOP picked up seats in the House, with a handful of contests still to be decided, an outcome that almost no one in the media-political complex predicted.

Right now the Democrats have 222 seats, just four more than the number needed for control, and the Republicans 208. The shorthand would be that Biden had no coattails. From another perspective, many Republican candidates fared better than Trump, who trails Biden by 6 million popular votes–why wouldn’t the fraud he alleges have defeated them as well?

Biden dominated in big cities, which is hardly surprising for a Democrat, but he essentially won the election in the suburbs, doing way better than Hillary did. Yet that strong showing contains the seeds of future failure for the Democrats, as laid out by Derek Thompson in the Atlantic.

The Dems look “truly doomed” in the Senate, he writes, given the constitutional compromise that favors small states: “The GOP currently holds both Senate seats in Alaska, Arkansas, Idaho, Iowa, Kansas, Kentucky, Louisiana, Mississippi, Nebraska, South Dakota, and Wyoming. Those 11 states have 22 senators who collectively represent fewer people than the population of California, which has two Senate seats.”

With that imbalance projected to grow worse, “if Democrats don’t find a way to broaden their coalition into less populous states with smaller metro areas, it may be impossible to pass liberal laws for the next generation.”

Where  the Atlantic analysis really gets interesting is in looking at which voters that Obama-Biden Democrats aren’t reaching.

The big urban centers are filled with those who subscribe to “Instagram socialism”: young, unmarried, digitally savvy graduates of elite colleges. They value such causes as broader health insurance and a higher minimum wage. But their ideas, when posted online, are framed in radical fashion.

In other words, political suicide. It’s no accident, as I argued when most pundits were burying Biden, that he won by resisting Medicare for All, the Green New Deal and defunding the police, despite all the ridicule from left-wing Twitter.

And the national media, which are strongest in New York, Washington and Los Angeles, are also playing a role, as its younger, better-educated and more woke members have a harder time relating to those outside the most densely packed Zip codes. “America’s most progressive metros are becoming politically unusual at the same time that national journalists are less capable of seeing how unusual they have become,” Thompson says.

When you fuse it together–from a Democratic Party where moderates are increasingly unwelcome (not unlike the GOP) to the rise of the resistance media in the Trump era–you don’t have a great prognosis.

The Democrats may keep winning the popular vote in presidential elections and carrying the Electoral College when the right combination of states break their way. But the failure to capture the Senate (pending Georgia) and the underwhelming performance in House races shows the party has a problem in the vast landscape beyond metropolitan areas.

The Biden Democrats could adjust, of course, by pursuing a middle-of-the-road approach (while beating the pandemic) that doesn’t alienate voters in small towns and rural areas. But that could cause a backlash with the party’s AOC wing. And those divisions might wind up being the trickiest political challenge for the next president.