Los Angeles County Supervisor Sheila Kuehl visited an eatery in Santa Monica, Calif., last week, just hours after she voted to ban outdoor dining at restaurants in the county due to COVID-19 safety concerns, according to a report.

Kuehl was seen dining outside at Il Forno Trattoria, an Italian restaurant near her house, Fox 11 Los Angeles reported. She had referred to outside dining as “a most dangerous situation” during an L.A. County Board of Supervisors meeting last Tuesday. 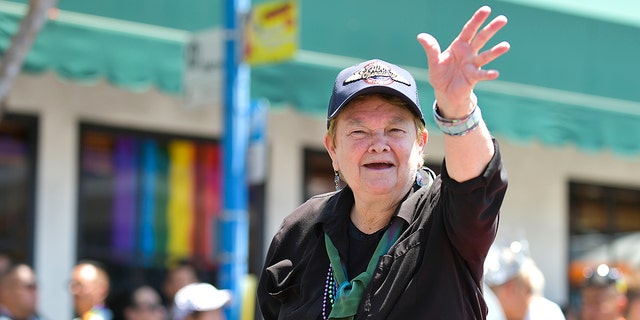 Kuehl’s restaurant visit occurred before the outdoor dining ban took effect Wednesday evening, according to the station. Managers at the restaurant told Fox 11’s Bill Melugin they “didn’t want to get involved,” and a spokesperson for Kuehl provided the following statement.

“She did dine al fresco at Il Forno on the very last day it was permissible. She loves Il Forno, has been saddened to see it, like so many restaurants, suffer from a decline in revenue. She ate there, taking appropriate precautions, and sadly will not dine there again until our Public Health Orders permit,” the statement said.

Kuehl, along with supervisors, Hilda Solis, and Mark Ridley-Thomas, voiced their support for the order, which passed by a 3-2 margin. Board of Supervisors Chair Kathryn Barger and Supervisor Janice Hahn unsuccessfully presented a last-minute measure to overturn the decision.

Barger spoke with FOX Business following the board’s meeting on Tuesday evening, as some health officials admitted that there is no specific scientific evidence to back up claims of a direct link between outdoor dining and the recent surge in COVID-19 cases.

L.A. County Health Officer Dr. Muntu Davis said that the “best information we have that’s very specific to restaurants” was a Centers for Disease Control and Prevention (CDC) study that targeted 11 different outpatient health care facilities in 10 states, and found patients with coronavirus were twice as likely to have dined out at a restaurant.

The study didn’t provide specific data distinguishing between infection rates among outdoor versus indoor dining, reports said. It was also conducted on a larger scale rather than specific to the Los Angeles County community.

“For [Dr. Davis] to say that they’re depending on the CDC when we’ve been doing this for seven months and, in fact, have been doing inspections that we don’t have data, and yet we are targeting one industry and saying with the number of cases rising we are going to set [restaurants] down to me is irresponsible,” Barger said.

“It’s frustrating to me that we are doing something that has no correlation to the surge, none,” she said. “We know what it is. It is public gatherings. And by closing restaurants, many of these people that have reservations are going to go where? Gatherings with other families because many of them didn’t have any plans. So I think it’s going to have the complete opposite effect.”

The order was issued the weekend before Thanksgiving amid a rising number of cases and hospitalizations. It’s expected to remain for at least three weeks.

As of early Tuesday, at least 381,535 total confirmed coronavirus cases and 7,249 deaths have been reported, according to the Los Angeles County Department of Public Health.