McEnany noted that Democratic women in similar positions are treated with respect by the media but she feels Republicans are handled differently.

“If you’re a female woman in the Republican Party who takes that podium, guess what your worry is? Having a Playboy reporter shout questions at you, demeaning, misogynistic questions during a briefing,” McEnany said Tuesday on “Fox & Friends,” referring to Playboy’s Karem – who has made a habit of screaming questions to Trump and members of the administration. 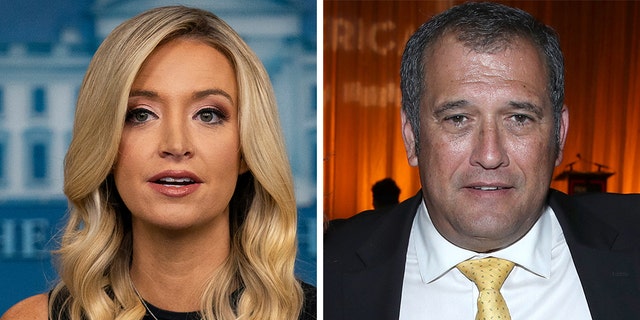 “It’s a double standard. It’s one that’s ridiculous. And one that the White House Correspondents’ Association should look into, when you have Playboy reporters shouting at women in a misogynistic manner simply because they’re a member of the GOP,” McEnany said.

The White House Correspondents’ Association did not immediately respond to a request for comment.

Karem repeatedly shouted at her during the briefing last month with questions about when President Trump will admit he lost the election.

“Do you understand the definition of sedition? Do you understand that he lost?” Karem shouted as McEnany was wrapping up a press briefing. The Playboy scribe was apparently proud of his actions, as he recorded himself yelling and shared his own footage of the moment on Twitter.

“When you gonna admit you lost?” Karem shouted to McEnany in another video he shared.

“Lame,” Karem captioned the video. “Speaking truth to power is not misogyny. You work for a misogynist. Your briefings are propaganda. You failed the American people who pay your salary. You’re sore because you can’t answer questions honestly.”

In a follow-up tweet, Kareem wrote “the WHCA is not a legislative body to police reporters.”

“A professional in your position should know how the system works,” Karem wrote, tagging McEnany’s Twitter handle in the process. 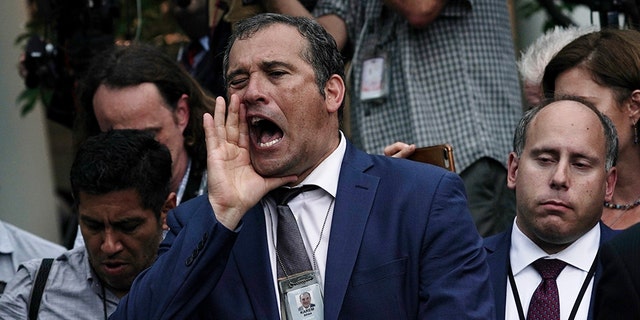 Playboy’s Brian Karem has made a habit of screaming questions to Trump and members of the administration. (Photo by Alex Wong/Getty Images)

Karem’s hard pass was restored as a result of his lawsuit.

At a separate event this year, Trump called Karem a “loudmouth” during a coronavirus press briefing in the Rose Garden.