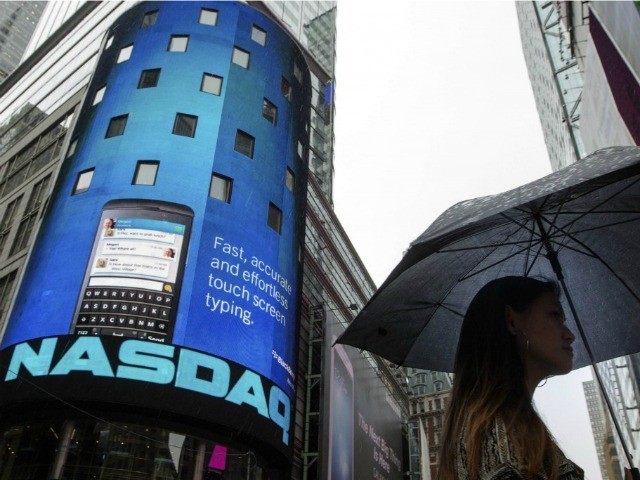 Nasdaq wants to require listed companies to include on their boards at least one woman and one person from an underrepresented racial minority or someone who is lesbian, gay, bisexual, transgender, gender-queer, or identifies with the myriad of sexual identities activists include under the rubric of “LGBTQ+.”

Nasdaq, the second-largest U.S. stock exchange, filed a proposal with the Securities and Exchange Commission that would mandate listed companies to have a minimum of two “diverse directors,” including one who “self-identifies as female and one who self-identifies as either an underrepresented minority or LGBTQ+.”

The practice of requiring a quota for preferred sexual orientations and racial groups could run afoul of U.S. laws prohibiting discrimination based on race and sex.

The quota rule would require an massive churn of corporate boards. According to Nasdaq, over the past six months, more than three-quarters of its listed companies would have fallen short of the woke quotas.

The new listing rules would require all companies listed on Nasdaq’s U.S. exchange to publicly disclose consistent, transparent diversity statistics regarding their board of directors.

The rule would let foreign companies off easier than U.S. companies. Foreign companies would be able to fill the quota with two female directors, ignoring the requirement for an underrepresented racial minority or LGBTQ+ director.

Companies that do not meet the quota would be forced to explain why they did not have directors with the preferred racial and sexual identities.

If the proposal is approved by the SEC, Nasdaq listed companies would be required to disclose board-diversity statistics within a year. Trump-appointed SEC chairman Jay Clayton has said he will step down from the post at year’s end—which would likely mean Joe Biden will appoint the next head of the commission.

Nasdaq said that all companies will be required to have at least one “diverse” director within two years. Time frames to meet the requirement for the second preferred diversity director will vary depending on the “market tier” of the companies.

A Nasdaq official described the new requirements and diversity quotas as an “opportunity to make progress.”

“This proposal and partnership gives companies an opportunity to make progress toward increasing representation of women, underrepresented minorities, and the LGBTQ+ community on their boards,” said Nelson Griggs, president of Nasdaq Stock Exchange.

The announcement of the proposal included an endorsement by Anthony Romero, the executive director of the American Civil Liberties Union.