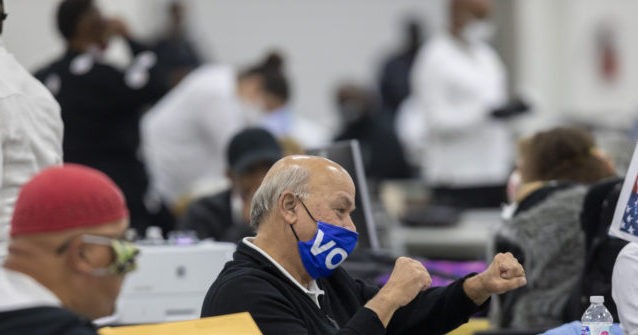 The Michigan Senate Oversight Committee is holding a hearing on Tuesday regarding absentee ballot counting during the presidential election in Detroit.

The committee, chaired by state Sen. Ed McBroom, will take testimony related to “absentee ballot counting at the TCF Center,” according to the committee’s website.

Over 100 observers of the ballot counting process in Detroit have filed affidavits testifying to what they witnessed, which included allegations of ballots being counted multiple times, procedures not being followed, observers being blocked from being able to watch the process, and mysterious vehicles showing up in the middle of the night to deliver additional ballots.

The Wayne County Board of Canvassers initially declined to certify the results from the jurisdiction that includes Detroit, before the two Republican members reversed their votes after hours of withering personal attacks by Joe Biden supporters and Democrat activists.

They then attempted to reverse the reversal, but were unsuccessful. The State Board of Canvassers certified Michigan’s results 3-0, with one Republican abstaining from the vote.

Sources tell Breitbart News that the hearings are intended to collect information that may influence potential reforms for future elections.

House Oversight Committee chairman Matt Hall announced on Tuesday that Giuliani will now be appearing in person on Wednesday.