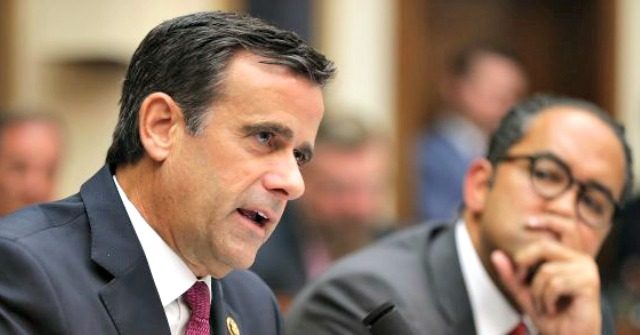 Director of National Intelligence John Ratcliffe tells @CBS_Herridge that China is using blackmail, bribery and covert influence to target members of Congress and make sure “only laws that are favorable to China are passed” https://t.co/zloXmJ4vmk pic.twitter.com/s3fb1m7359

CATHERINE HERRIDGE: You wrote a piece for the Wall Street Journal and you say China is targeting members of Congress with six times the frequency of Russia and 12 times of Iran. What is behind Beijing’s aggressive approach?

HERRIDGE: What you been to Capitol Hill [sic] and have you briefed this threat information to lawmakers?

DNI RATCLIFFE: I was so troubled by what I saw from the position of director of national intelligence that I briefed both the House and the Senate Intelligence Committees on this information, which they found surprising and troubling.