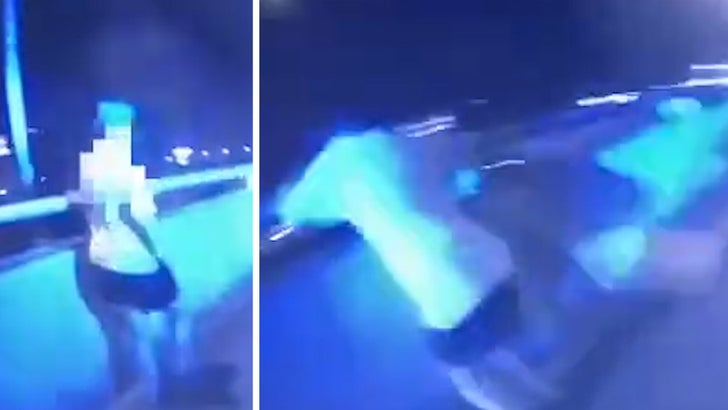 A quick-thinking cop found herself in the right place at the right time … saving a woman from jumping off an overpass, and the tense interaction was captured by the officer’s body cam.

Pensacola PD officer Lana Checkak responded to a report of a woman sitting on the rail of the overpass. The body cam footage starts with Lana identifying herself as PPD and the woman, visibly shaken and crying, walking on the sidewalk.

You can hear Lana ask the woman if she’s alright. The woman mutters something and then, out of nowhere, she tries to climb the railing but the cop reacted swiftly … pulling her down and asking her to get down and roll over.

Cops say the woman was taken into protective custody and evaluated in a mental facility. She was not arrested or charged with anything. Neither the woman nor the cop suffered any injuries.

According to cops … this incident went down 2 weeks ago but the body cam footage was only now made public. Mike Wood with the PPD credits Lana for rescuing the woman in the nick of time.