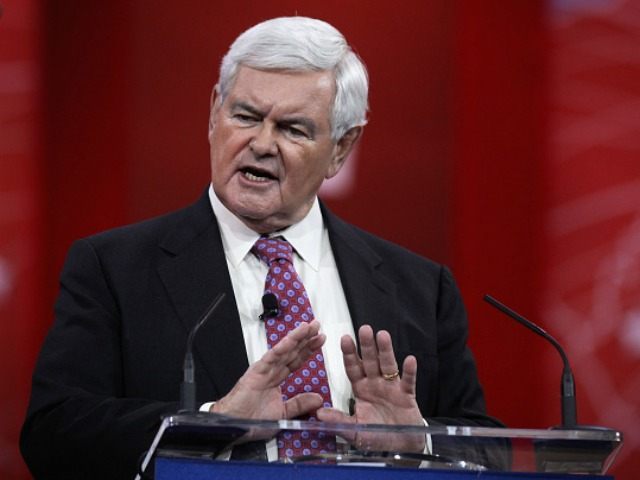 “Lin Wood and Sidney Powell are totally destructive,” Gingrich, who represented Georgia in the U.S. House for 20 years, wrote on social media. “Every Georgia conservative who cares about America MUST vote in the runoff. Their dont [sic] vote strategy will cripple America.”

Lin Wood and Sidney Powell are totally destructive. Every Georgia conservative who cares about America MUST vote in the runoff. Their dont vote strategy will cripple America

Powell and Wood held a press conference on Wednesday, where Powell told Georgians not to vote in the upcoming Senate runoff elections, a message that directly contradicts President Donald Trump’s call for Georgians to turn out to reelect Sens. Kelly Loeffler (R-GA) and David Perdue (R-GA).

“I think I would encourage all Georgians to make it known that you will not vote at all until your vote is secure, and I mean that regardless of party,” Powell said Thursday.

Should Loeffler and Perdue lose their Senate seats, and should the Electoral College confirm Joe Biden as the winner of the presidential race, Sen. Kamala Harris (D-CA) would become vice president and the tie-breaking vote in the Senate. In effect, this would make Senate Minority Leader Chuck Schumer (D-NY) the next leader of the Senate.

“This demonstrates that he has a long history of supporting Democrats against Perdue in particular but also against Georgia Republicans in U.S. Senate races in the state,” Boyle wrote.

Wood responded on social media, insisting he is “nonpartisan.” He added he became “partisan” this election cycle because of his love for President Donald Trump.

Wood also said that he has donated to many Republicans, including Sen. Perdue and Rep. Doug Collins (R-GA).

“How did Briebart [sic] miss these facts? Guess some people do not want the fraud in GA election to be discovered,” he added. “I did not donate to. @BrianKempGA.”

1. Breitbart is dishonest. Historically, I am nonpartisan. This year, I was partisan because I love @realDonaldTrump.

3. I gave $5,000 at a fundraiser in which @RichardGrenell spoke. That is all I can remember at the moment.

How did Briebart miss these facts? Guess some people do not want the fraud in GA election to be discovered. I did not donate to. @BrianKempGA.

Now back to my dessert. pic.twitter.com/QRR1HzR7bW

Powell and Wood’s calls for Georgians not to vote in the runoffs come as the Never Trump Lincoln Project urged voters to give the Senate majority to Schumer by voting for Warnock and Ossoff.