Noah Cyrus is taking back a racist remark she fired off, presumably at Candace Owens, when she stepped in the middle of her feud with Harry Styles.

Miley‘s little sis threw her support behind Styles after his Vogue spread last month — wearing a dress — prompted Owens to verbally attack Harry for not being “manly.” 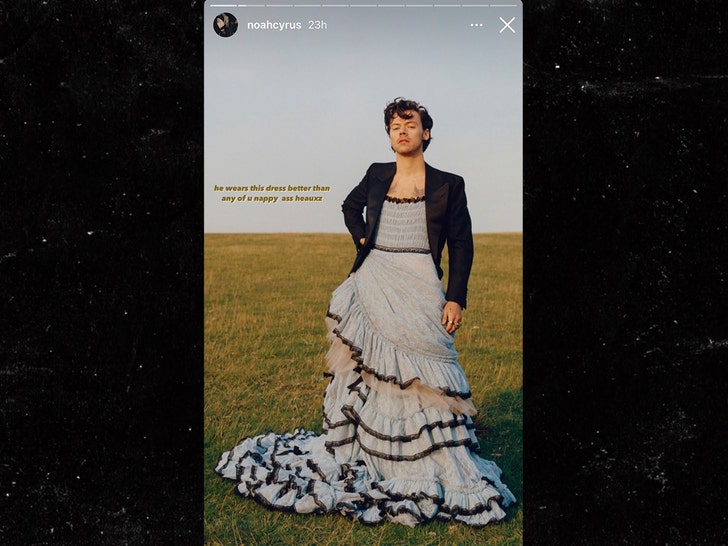 Problem is, Noah’s choice of words were racially charged — her IG story post said Styles wears a dress “better than any of u nappy ass heauxz.”

If you didn’t know, Owens is Black … something Noah certainly knew, so it’s clear she needs a history lesson about the racist undertones of the word “nappy.” It sounds like someone gave it to her, because she got a ton of backlash on social media … and is now apologizing. 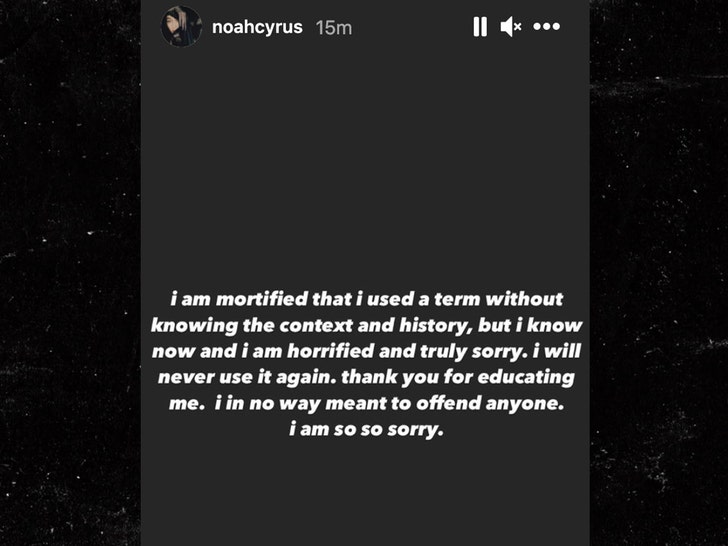 She says, “I am mortified that I used a term without knowing the context and history, but I know now and I am horrified and truly sorry. I will never use it again. Thank you for educating me.”

Lesson learned … however, it’s not like Harry needed the help, anyway.

He’d already responded to Owens’ dig, by sharing a new photo of himself in a powder blue suit eating a banana, captioning it with Candace’s own words … “Bring back manly men.”

Owens claimed Styles’ clapback is proof she inspires global conversation, tweeting … “When people try to tell me I don’t have influence, and then [Styles] dedicates an entire post to my tweet.”

Whether that’s true or not, the controversy has certainly had an influence on Noah Cyrus.