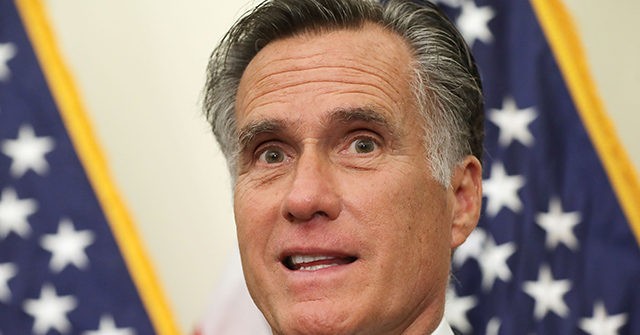 Senator Mitt Romney (R-UT), on Thursday during CNN’s “Situation Room,” said that President Donald Trump’s claims of widespread voter fraud are “damaging the cause of freedom and putting people’s lives at risk.”

Host Wolf Blitzer said, “How much damage is President Trump doing to our country, to our standing around the world, by refusing to concede and alleging widespread fraud going on all over the country?”

Romney said, “Well, the attorney general has said there’s no there, there. The courts have all looked at the evidence and said there’s no evidence there. Now, of course, there will be circumstances where one or two, or a handful, maybe even 100 ballots were incorrectly sent in or counted, and those things get adjusted and get fixed, but the idea of widespread fraud is simply not been shown to us. And if that evidence does exist, please show it to us. At this stage, we don’t see it. So, for the president or anyone else to go out and allege widespread fraud and say the election is rigged, and the election was stolen, that obviously strikes at the very foundation of democracy here, and around the world for that matter. People watch America. If we can’t have a free and fair election, how can they have it in other nations of the world? This is critical for the whole cause of democracy. Russia and China have to be laughing, smiling from ear to ear. This is critical for the preservation of the very democracy and freedom that’s important for our country and for others.”

He added, “You have the attorney general of the United States, likewise, saying there’s no evidence of the kind of widespread fraud that the president is talking about. When he attacks election officials, I think he puts them at risk. I think that’s very unfortunate. Look, the president has every right to pursue every legal avenue, to go to courts as he feels he can make his case. If he doesn’t have evidence that could convince a court, and if he doesn’t have evidence to convince the American people of widespread voter fraud, then making these accusations is only damaging the cause of freedom and putting people’s lives at risk.”

Discussing Joe Biden, Blitzer asked, “You have accepted the fact that he will be the next president of the United States at noon on January 20, Inauguration Day?”