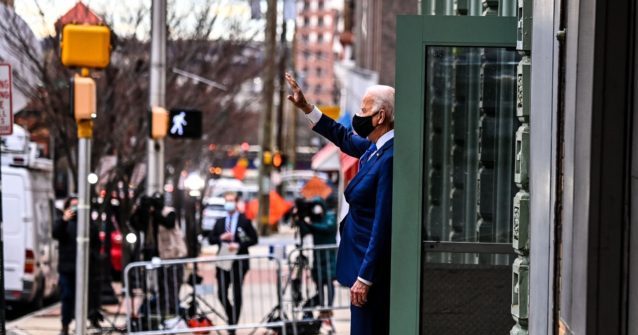 The services side of the U.S. economy appears to be slowing further following the presidential election, return of lockdowns, and a surge in coronavirus infections.

The Institute for Supply Management said Thursday that its index of non-manufacturing businesses fell to a six-month low of 55.9 from 56.6 in October. This was the second consecutive decline for the index, which is based on surveys of senior executives.

“Most companies are cautious as they navigate operations amid the pandemic and the aftermath of the U.S. presidential election,” said Anthony Nieves, chairman of the survey.

Scores above 50 signal that businesses are expanding. The decline indicates that the expansion continued at a slower pace than this summer.

A similar survey released Tuesday indicated a slowdown for the manufacturing sector. Both the manufacturing and services sides of the economy are once again under strain from lockdowns, heightened social distancing, and rising Covid-19 cases.

“Business activity is inconsistent. Businesses that reopened are closing for a second time, leading to interruptions in the supply chain,” an executive told ISM.

After the surprise electoral victory of Donald Trump in 2016, both services and manufacturing activity jumped into a higher gear. That is not the case this time around. Many economic indicators are showing slumping activity—at least outside the housing market.

“Business is pushing to complete projects due to seasonality in most of our markets. Volume is strong at this point but will gradually slow as temperatures drop in most of the country,” a construction industry executive said.

Four of the 18 service subsector tracked by ISM contracted in November, up from two in October. The biggest contraction occurred in the recreation and entertainment subsector, likely a reflection of return of city and state restrictions imposed to combat the spread of the coronavirus. Transportation and warehousing grew the most as consumers began early holiday shopping.

The restaurant and hotels category indicated expansion for the month, suggesting the lockdowns are not yet that severe.

The gauges of new orders and production both remained in positive territory but declined in November. The metric for jobs and hiring improved from to 51.5 from 50.1, which may reflect holiday season hiring.

“Remote working has continued to impact our ability to obtain standard equipment such as iPads, printers and PCs for our stores and employees, who require these items to operate our approximately 800 retail locations. Most items are on a 30 to 60 day backorder from our suppliers,” a retail sector executive told ISM.