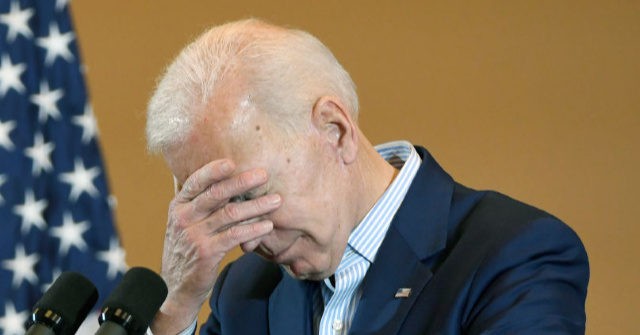 Two things that are terrible news for the economy happened in November, and this month’s lousy jobs number reflects both.

How would you like to be a job creator faced with the specter of the return of the stagnant, high-tax, over-regulated, never-steady-because-they-are-always-threatening-more-taxes-and-regulation Biden-Obama years of 2009-2017?

We don’t know yet who’s going to win the presidential election, but Biden is ahead in the count right now, the media are pretending the election is over, and a lousy 245,000 jobs created in November most assuredly reflects that.

Not since the Great Depression have we seen an economy like the disastrous Biden-Obama economy. They come on board as we’re coming out of a terrible economic collapse, and what do they do? They put their boot on the neck of the recovery with all their taxes, all their regulation, and all their constant talk of more taxes and regulations, which creates uncertainty, and there is nothing the economy hates more than uncertainty.

The result? The worst “recovery” since the Great Depression.

What those terrible jobs numbers tell you is that job creators are looking at the real possibility of a third Obama term and are already pulling back. And why shouldn’t they? They’re about to get killed with higher taxes and expensive new regulations. They will need money to cover those expenses, which means they can’t afford to hire new people, to invest in the kind of expansion that creates good jobs.

On top of all that, all the uncertainly attached to the threat of a Biden presidency, there’s the return of all these stupid, fascist, crazy, and unnecessary lockdowns. Look around, with the Trump vaccine right over the horizon, it’s as if Democrats want to get their last kicks in and lock everyone down before they no longer have an excuse.

You want to create uncertainty in the economy, the lunatic mayor of America’s second largest city running to the microphone in a black mask ordering everyone to “Cancel everything!” will do it. You don’t think that unsettles America’s job creators?

All over a virus with 99.6 percent survival rate.

And let’s not forget that, according to their own behavior, these Democrats do not believe the coronavirus is a serious health risk. We know that because while they are out destroying small businesses and persecuting Christians and Jews, they are at the same time attending large family gatherings and parties and traveling.

Hey, and why not when you are talking about a virus with 99.6 percent survival rate?