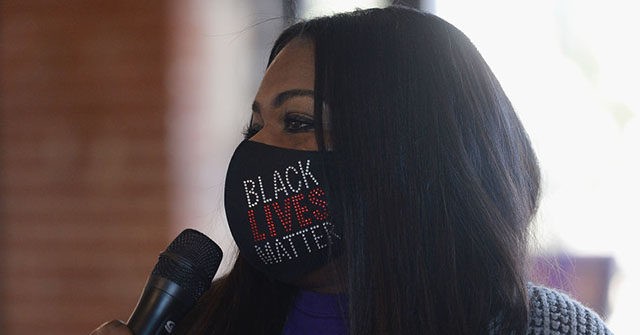 Representative Cori Bush (D-MO) Tuesday on MSNBC’s “All In” accused her Republican colleagues in the House of Representatives of being involved in a “racist attempt to overturn an election”  by voting to object to the electors and certify President-elect Joe Biden’s win.

Bush said, “Our Republican colleagues chose to do the work, to try to overturn the 2020 election. And on top of that, incite this insurrection that happened on January the 6th. There is no way that we can sit back and allow that to happen and just say, ‘Oh, but those are our colleagues, you know, we shouldn’t do anything, let’s just work on Donald Trump.’ Uh-uh-uh-uh, Donald Trump is not the only problem. We have to work on getting Donald Trump out, but we cannot allow his minions, we cannot allow his friends, we cannot allow his cousins to stay in place. Those doing his bidding have to go as well. You want to abide by the Constitution. If you want to abide by your sworn oath, it’s time for you to go.”

When asked if Republican lawmakers’ objections to certifying the electors were within their power, Bush said, “Let’s be clear. This was a racist attempt to overturn an election. This was more about trying to disenfranchise the voters of the Black, Brown, indigenous people’s voices, trying to invalidate our votes because we turned out in large numbers for this election, and to tell us that our votes don’t count, that they don’t matter? That’s another form of voter suppression. Also, to all of those grassroots groups, those Black and Brown organizers, those groups that push to help bring this win home for President-elect Joe Biden and Vice President-elect Kamala Harris, we won’t stand for it. So I’m speaking up. You are going to hear that we’re not going to let this go because this is a racist attempt. We have to call it what it is. It’s white supremacy at its finest.”