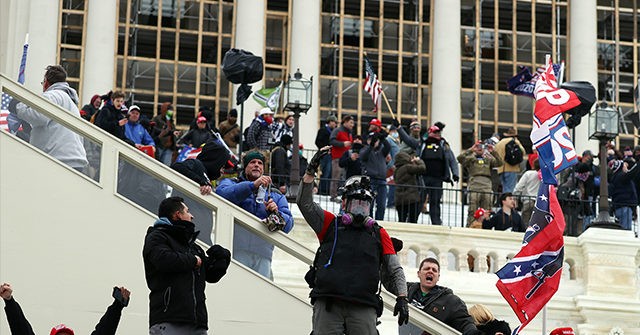 FBI Washington Field Office Assistant Director in Charge Steven D’Antuono said at a press conference on Tuesday that, as part of its investigation into who attacked the U.S. Capitol on January 6, it is “actively looking at” the guilty parties being put on a “No-Fly-List” for domestic travel in the United States.

“At least Sen. Schumer has talked about the possibility that some people may be put on the no-fly list,” a reporter said. “Of these 170 subject files that you’ve already opened, can you tell if you’ve added any of those people to a no-fly list as a result of what happened.” D’Antuono said:

We’re looking at all different avenues. My agents and analysts and all the other F.B.I. in my office and across the country are scrubbing video, we’re talking to witnesses. We’re talking to individuals that we arrest. We’re gathering that intelligence if you will to understand what happened on January 6, that day, in the Capitol, outside the Capitol.

He cited sharing intelligence with law enforcement partners “To try to ascertain the true picture of what happened that day.”

“As to the no-fly list, we look at all tools and techniques that we possibly can use within the FBI, and that’s something that we are actively looking at,” D’Antuono said.

D’Antuono and Michael R. Sherwin, interim United States Attorney for the District of Columbia, said agents are scouring the country for more than 170 suspects, and 70 individuals already face charges. The FBI has received more than 100,000 tips from the public, the officials said.