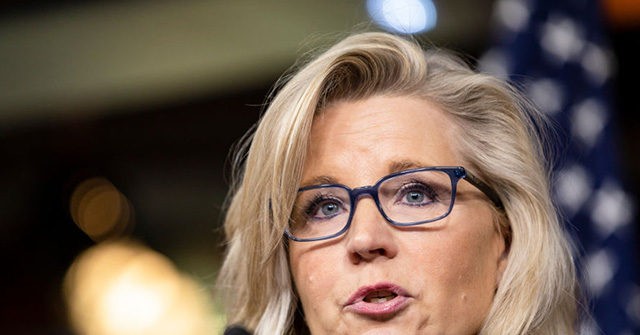 “There has never been a greater betrayal by a President of the United States of his office and his oath to the Constitution,” Cheney said in a statement Tuesday, announcing her support for impeaching Trump.

“When Representative Cheney came out for impeachment today, she failed to consult with the Conference, failed to abide by the spirit of the rules of the Republican Conference, and ignored the preferences of Republican voters,” Rosendale said in a statement Tuesday.

“She is weakening our conference at a key moment for personal political gain and is unfit to lead. She must step down as Conference Chair.”

“She should resign her position as a conference chair and should not be serving this conference. That’s it,” Biggs told the Washington Examiner.

The call for Cheney’s ouster reached a boiling point Tuesday, even though House conservatives have sparred with the third-ranking House Republican for months.

House conservatives launched a revolt against Cheney last July during a conference, which drew the support of Sen. Rand Paul (R-KY) and Donald Trump Jr.

Rep. Jim Jordan (R-OH), a Freedom Caucus cofounder and one of Trump’s top allies in the House, attacked Cheney for the several times she opposed Trump. The Ohio conservative noted that Cheney had attacked Trump’s response to the coronavirus, his Twitter account, and his plans to withdraw from Afghanistan. Jordan said that these attacks do not help Republicans.

Biggs said that Cheney’s attacks against the president undermined the president’s ability to win back the House.

One House GOP senior staffer told Breitbart News in July, “The rank-and-file House Republicans are attempting to get leadership that actually reflects their voters on issues.”

Rep. Matt Gaetz (R-FL) said in July that Cheney should step down as the House Republican Conference chair.

“Liz Cheney has worked behind the scenes (and now in public) against @realDonaldTrump and his agenda. House Republicans deserve better as our Conference Chair,” Gaetz wrote. “Liz Cheney should step down or be removed.”

House conservatives also noted that Cheney sponsored an amendment to the now-passed National Defense Authorization Act (NDAA) that would tie the president’s hands on withdrawing from Afghanistan.

In an interview with Breitbart News Tonight host Rebecca Mansour, Rep. Jim Banks (R-IN), a military veteran who served in Afghanistan, called Cheney’s amendment “egregious” and “exactly the opposite of what we should do.”