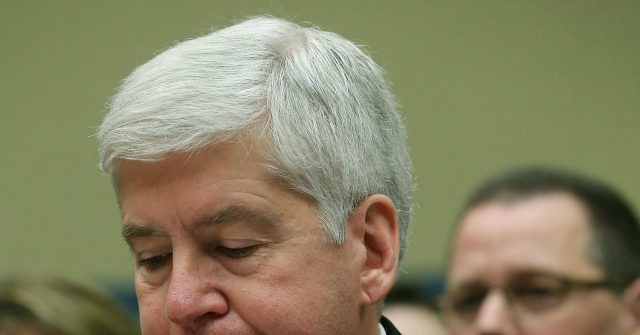 The state of Michigan is poised to charge ex-Gov. Rick Snyder (R) and former aides for their role in the Flint water scandal.

The Detroit Free Press reported Snyder, who went by the moniker “One Tough Nerd” during his campaigns, will be charged by Attorney General Dana Nessel.

“Two people with knowledge of the planned prosecution told the AP on Tuesday that the attorney general’s office has informed defense lawyers about indictments in Flint and told them to expect initial court appearances soon,” according to the paper.

The charges, which have not yet been identified, will likely be related to Snyder’s role in the city’s decision to change its water supply while the municipality was being controlled by a state-appointed emergency manager.

Lead soon contaminated the water and several residents died. An outbreak of Legionnaires’ disease began in 2014. Snyder announced it in 2016.

In June, the Michigan Supreme Court ruled Snyder could face a civil lawsuit from Flint residents affected by contaminated water.

In a ruling Wednesday, July 29, the court held that Flint residents and property owners “sufficiently alleged a claim,” denying a motion to dismiss the case made by attorneys for Snyder and other defendants.

Filed in January 2016, the lawsuit claims Snyder, emergency managers and departments of state government violated Flint residents’ “bodily integrity” by exposing them to lead-contaminated water and hiding what they knew about it. It also claims that homeowners suffered financial losses due to diminished property values for which they weren’t compensated.

Snyder has been out of office for two years after he was term-limited. He recently released a joint statement with current Gov. Gretchen Whitmer (D) in which the duo called for Americans to “unify” in the wake of the 2020 election.

“Now is the time to put this election behind us once and for all,” Whitmer said in the statement.

“We must unify as one nation to defeat our real enemy, which is the pandemic that has taken far too many of our friends, neighbors, and loved ones. As Americans, there is no problem we can’t solve, and no challenge we can’t meet. Let’s all stay safe. Let’s take care of each other. And let’s move forward together, as one United States of America.”

Snyder, a Republican, endorsed Democrat Joe Biden for president and claimed President Trump was “a bully who lacks a moral compass.”

The endorsement attracted the ire of many progressives, including Michigan-native filmmaker Michael Moore.

Moore criticized President Obama for visiting Flint and drinking the water, effectively undermining the residents’ claims and vouching for Snyder.

The governor was photographed greeting the president at the airport.

“To drink from a glass of Flint water when a number of experts are still saying this water’s not safe? It’s still going through the same corroded lead pipes? It was such a disappointing thing to see,” Moore said in 2016.