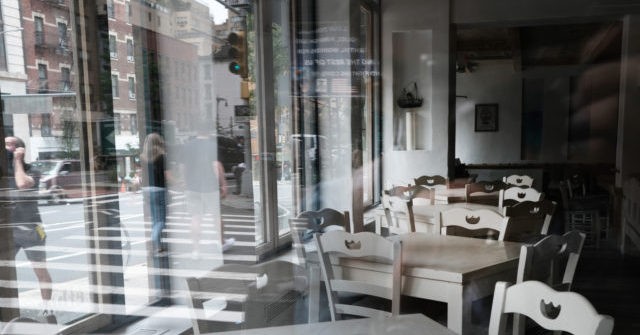 The steep toll of the resurgent pandemic on workers in the hotel and restaurant sector came into view Tuesday in a government report detailing layoffs in November.

Earlier reports, such as jobless claims numbers and the nonfarm payroll figures released on the first Friday of each month, had shown that layoffs were on the rise and hiring had softened. But those broad figures concealed just how deep the cuts were for hotel and restaurants workers.

Layoffs soared from just 130,000 in October to 393,000 in November, according to the Job Opening and Labor Turnover Survey released Tusday. To put that into historical context, if not for the record-breaking numbers hit in March and April, November would have been the worst month recorded in government data going back to December 2000.

On average over the first twenty years of this century, around 212,000 workers lost their jobs as restaurants or hotels closed their doors. Outside of recessions, the number was typically much lower.

The relative strength of much of the rest of the economy may have concealed some of the pain for the industry, at least in the big aggregate numbers often cited by economists, analysts, and pundits. Layoffs in mining, construction, and manufacturing were either down or little changed in the month. Layoffs declined in retail sales and shipping. Professional,  business and financial sector layoffs rose but not by much. Government layoffs fell.

It was really in the restaurant and hotels where November’s pain was concentrated. Even arts and recreation layoffs held steady.