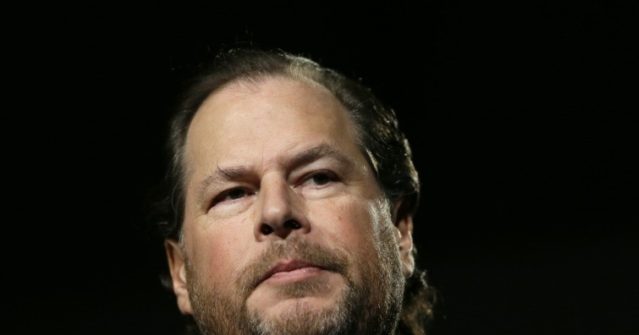 Salesforce, the company behind the RNC’s email provider, has reportedly taken action to prevent President Donald Trump and Republicans from using “our services in any way that could lead to violence.” The Trump campaign has not been able to send an email since January 6.

On January 6, shortly before the protests on Capitol Hill, the Donald Trump campaign sent an email to its tens of millions of subscribers which stated “We have the TRUTH,” adding: “Every single Patriot from across the Country must step up RIGHT NOW if we’re going to successfully DEFEND the integrity of this Election. President Trump is calling on YOU to bolster our Official Defend America Fund.” Since then, the email list has been silent.

Vice News reports that the Trump campaign uses infrastructure from a company called ExactTarget to email millions of Republicans and Trump supporters. ExactTarget is an email marketing firm owned by Salesforce. Vice reached out to Salesforce and asked whether the company had taken action to prevent President Trump from using their email infrastructure. Salesforce stated that it had “taken action” against the RNC to “prevent its use of our services in any way that could lead to violence.”

Salesforce said in a statement:

We are all deeply troubled by the terrible events of January 6. And while we all hope that they are never repeated, sadly there remains a risk of politically incited violence across the country.

The Republican National Committee has been a long-standing customer, predating the current Administration, and we have taken action to prevent its use of our services in any way that could lead to violence.

The RNC told Vice that “on Wednesday, we decided independently to stop fundraising on all of our digital platforms, including on Salesforce.”

A number of tech sites and services have banned President Trump in the wake of the Capitol Hill protests. Breitbart News recently reported that the e-commerce platform Shopify banned TrumpStore.com, a website run by the Trump campaign and Trump Organization. The removal appears to be in response to the events in Washington D.C. this week.

Facebook CEO Mark Zuckerberg stated in a recent post that following the events on Capitol Hill yesterday and President Trump’s comments on social media about the situation, Facebook would be banning the President’s access to the platform “indefinitely.”

Breitbart News recently reported that police are bracing themselves for a possible protest at Twitter HQ following the suspension of President Trump’s Twitter account last week.