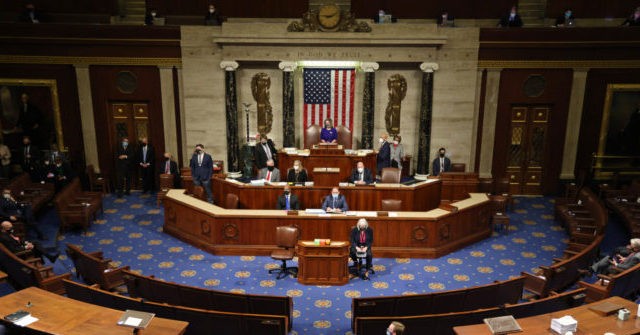 The House will consider a resolution Tuesday calling on Vice President Mike Pence to use the 25th Amendment to remove President Donald Trump from office.

Whereas President Trump appeared with members of his staff and family at a celebratory kickoff rally to encour- age and charge up the rioters and insurrectionists to ‘‘walk down to the Capitol’’ and ‘‘if you don’t fight like hell, you’re not going to have a country anymore’’ on Wednesday, January 6, 2021;

Whereas while violent insurrectionists occupied parts of the Capitol, President Trump ignored or rejected repeated real-time entreaties from Speaker Nancy Pelosi and Sen- ate Minority Leader Chuck Schumer to appeal to his fol- lowers to exit the Capitol, and also ignored a tweet from Alyssa Farah, his former communications director, say- ing: ‘‘Condemn this now, @realDonaldTrump—you are the only one they will listen to. For our country!’’

The vote comes after House Republican Leader Kevin McCarthy (R-CA) told the House GOP Conference Monday that Trump told him that he bears some responsibility for the Capitol chaos last week.

Follow Breitbart News for more coverage of this vote.