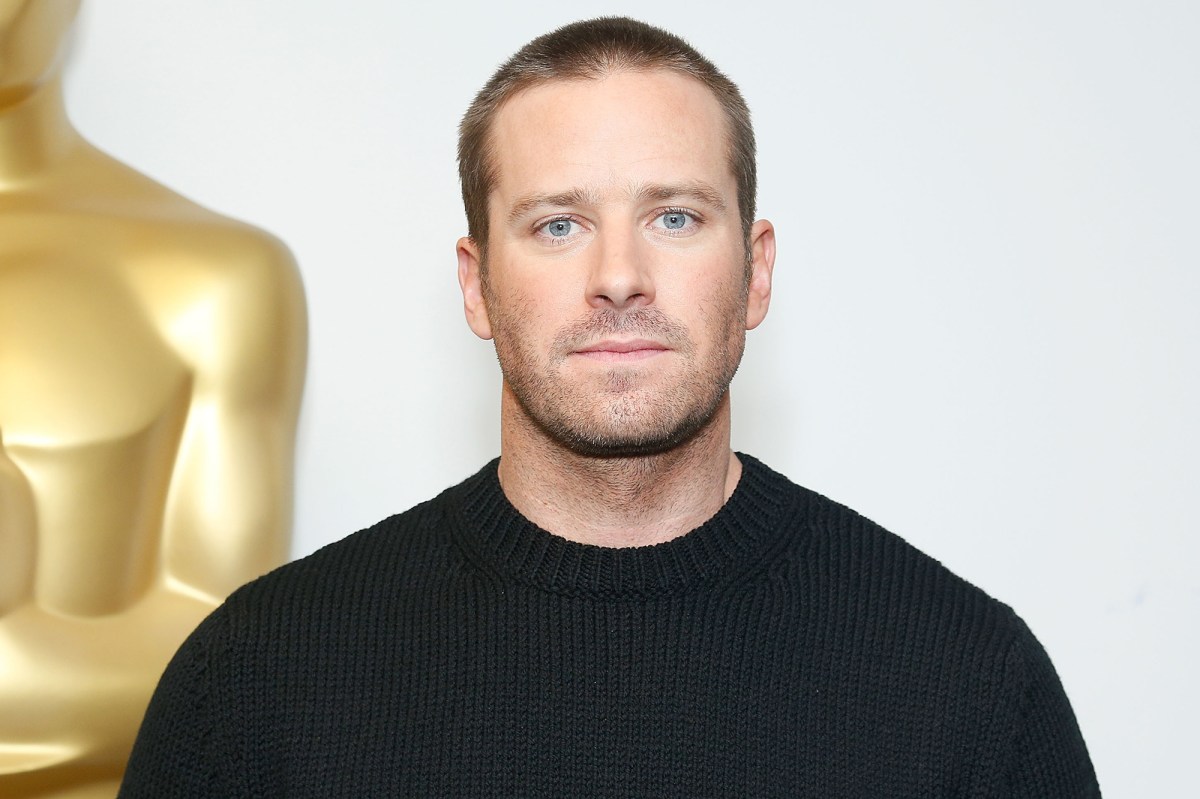 Armie Hammer’s eyebrow-raising past comments about his sex life have resurfaced amid the release of online messages that purport to be from Hammer that describe rape fantasies and cannibalism.

The 34-year-old “Call Me by Your Name” actor previously described himself as a “dominant lover” who enjoyed “grabbing women by the neck and hair” during sex. Marrying now-estranged wife Elizabeth Chambers, however, changed his tastes.

“I liked the grabbing of the neck and the hair and all that. But then you get married and your sexual appetites change,” he told Playboy in 2013. “And I mean that for the better — it’s not like I’m suffering in any way. But you can’t really pull your wife’s hair.

“It gets to a point where you say, ‘I respect you too much to do these things that I kind of want to do.’”

He later blamed the overshare on imbibing a bit too much prior to the interview.

Although his Playboy interview raised eyebrows, it didn’t stop the “Rebecca” actor from talking to Elle magazine about a bizarre sexual incident with an ex-girlfriend.

“One chick tried to stab me when we were having sex,” Hammer explained.

“I should so not be telling this story. She was like, ‘True love leaves scars. You don’t have any.’ And then she tried to stab me with a butcher knife,” he added. “Of course I promptly broke up with her … seven months later.”

Hammer has not publicly addressed the alleged DMs, which were shared by the anonymous account House of Effie. The account claims a message from Hammer to one woman says he’s “100 per cent a cannibal.” Another message allegedly discusses “cutting toes.”

Page Six has reached out to Hammer’s rep for comment.